Zuzana Čaputová was given brúcnik during her visit to Orava. 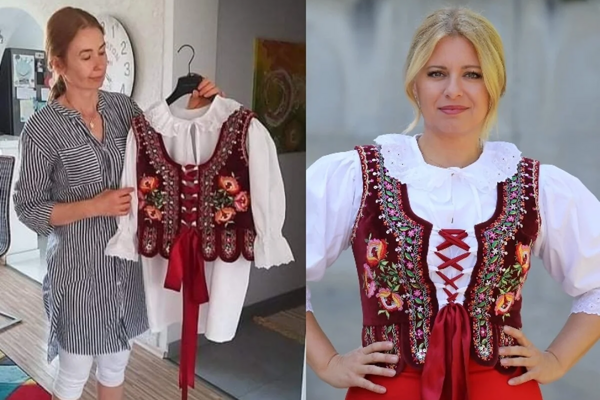 All she ever hoped for was to see a figurine wearing a kroj made by her, a Slovak traditional costume,exhibited at the town hall in the village of Oravská Polhora where she lives, never expecting the Slovak president to bring her work closer to thousands of people.

But after President Zuzana Čaputová posted a picture of herself dressed up in a živôtik, also known as a lajblík, part of the kroj covering the upper part of the body besides the hands and neck, Danka Tropeková’s phone has not stopped ringing.