Pope Francis has arrived in Slovakia

Hundreds of believers, politicians and the representatives of the Church welcomed him at the airport. 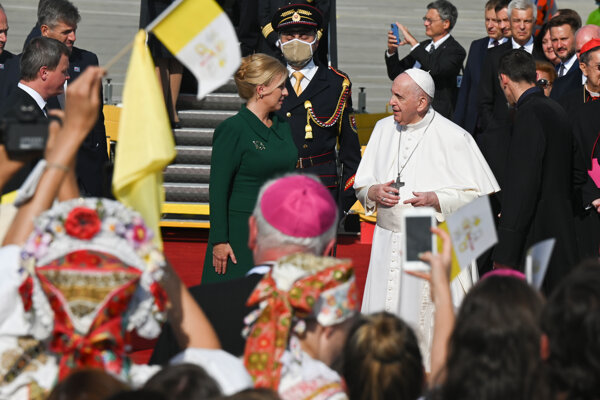 Pope Francis arrived in Slovakia on Sunday, September 12, shortly after 15:30.

There were also hundreds of believers welcoming him at the Bratislava airport. 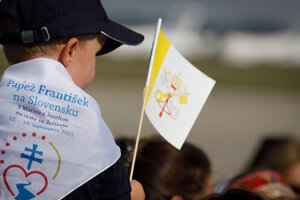 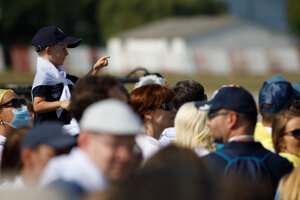 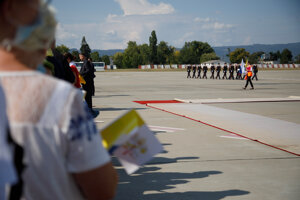 The pope was offered bread and salt after his arrival, and received a bouquet of flowers typical for Slovakia.

Čaputová said that the first words the pope told her after his arrival were: “You invited me to Slovakia in December, and now I fulfil this promise.”

She hopes his visit will contribute to reconciliation in society. The president met with the pope at a private meeting held at the VIP lounge at the airport, as reported by the TASR newswire.

“A pilgrim in Slovakia”

Later in the afternoon, an ecumenical meeting was held at the apostolic nunciature in Bratislava. In his speech, held during the meeting, Pope Francis thanked the representatives of the Church for coming to meet him. He called himself “a pilgrim in Slovakia.”

He also talked about freedom, saying that the freedom of brothers and sisters is also his freedom. He added that it is nice but at the same time hard to have faith in freedom in live. The pope mentioned in his speech the legacy of St Cyril and Methodius and their contribution to spreading Christianity as well.

Moreover, the pontiff expressed hope that Slovakia will continue in its ecumenical journey.

After the meeting, he will also meet with members of the Society of Jesus.

This is Pope Francis’ first visit in Slovakia. He was invited by President Čaputová during her visit in the Vatican last December.

The pope will spend altogether four days in Slovakia, leaving on September 15 in the afternoon. Apart from Bratislava, he will also visit Prešov, Košice and Šaštín. People should prepare for several traffic limitations during his stay here.