Renegades from far-right ĽSNS would enter the parliament for the first time. 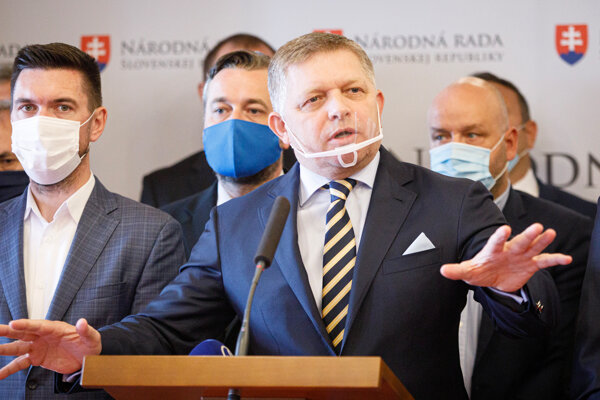 Robert Fico's party Smer is growing in the polls at the expense of Smer’s renegades who are now a part of Peter Pellegrini's Hlas. The Focus polling agency noted Smer gained 14.4 percent of the vote in September, which is the most since the conflict in the party and the departure of Pellegrini’s group last summer.

Hlas would still win the election. If the elections were held in September, the party would gain 18.5 percent, down from the 21.6 percent it received in June.

Focus collected the data for the TV programme Na Telo of the private broadcaster Markíza between September 1 and 7 on 1,002 respondents.

Fico has been regularly organising press conferences, proving beneficial according to the latest results. He often criticises the government, speaks about the “system of informers” in corruption cases who put their testimonies in accordance and their aim is to “eliminate the opposition”, even though accessible information does not suggest that this vast scheme as described makes it possible to send anyone to prison.

“It seems that the source of votes for Smer is Hlas,” said the director of Focus Martin Slosiarik. “Robert Fico is significantly more visible than Peter Pellegrini. He often determines topics within the opposition, whether these are topics around investigation, the evaluation of the current government or vaccination,” he added.