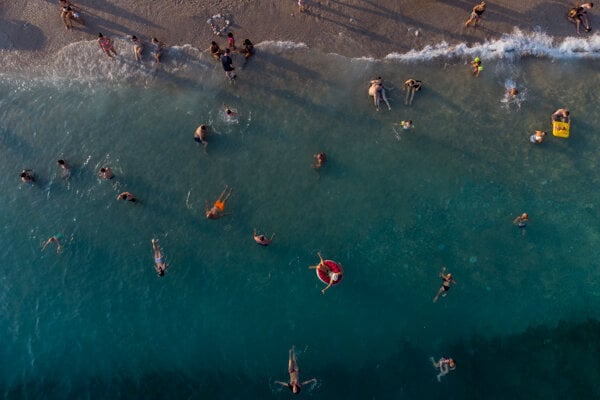 Hygienists revealed 4,162 positive cases of coronavirus in July and August. Almost one third were imported from abroad, showed an analysis of the Regional Public Health Authority in Banská Bystrica.

The highest occurrence in these months was in the age group between 15 and 19 and then between 20 and 24. The share in the risky group of 65-year-old people and older was low – only 354 cases.

In regional terms, most cases were detected in the Bratislava Region – 962 cases, followed by the Košice Region – 811 cases.

One fifth had no symptoms

From the overall number of 4,162 cases, 1,132 were imported, which is about 27 percent. Positive people arrived from 25 countries.

In the summer months, there were 1,173 cases of Delta variant in total, 397 being imported cases, 48 linked to imported cases. Others did not have a travel anamnesis.

About 22 percent had no symptoms, 62 percent had respiratory symptoms such as a sore throat, cough and cold. About 10 percent were either shivering or had a high temperature.

Most cases were imported from: