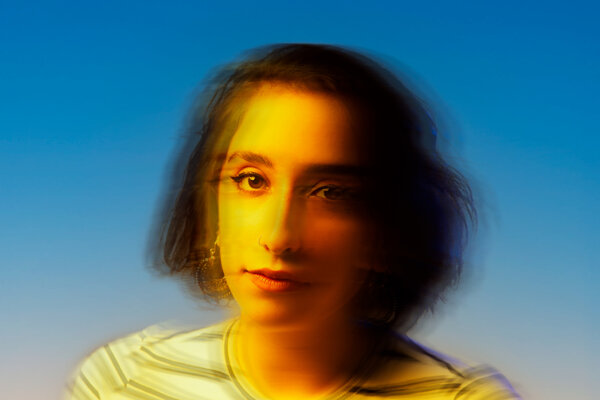 Iranian comedian Nastaran "Nasi" Alaghmandan Motlagh is one of the faces of the fjúžn festival, which will kick off in Bratislava on September 16, 2021. (Source: YOLK/Jana Gombiková & Piotr Gąska)
Font size:A-|A+20

For young Iranian comedian Nastaran “Nasi” Alaghmandan Motlagh stand-up comedy has always been a fun hobby, but it has evolved into something more in her case - a form of therapy.

“It is a chance for me to reflect on who I am,” she says in the Spectacular Slovakia podcast.

Alaghmandan Motlagh and her family emigrated to Slovakia in 2010 when she was just a teenager. She admits it was tough to “crack the shell of Slovaks” at first, adding that learning the Slovak language was key. Because she did not enjoy Slovak language classes, she started working at McDonald’s and learnt the language there.

In the first years of her life in Slovakia, she was going through a period when she no longer wanted to be Iranian and tried to become Slovak, but it was a “move in the wrong direction,” she says.

“Once I found the right people, there was no need to sacrifice my roots to feel like I belonged here,” the comedian continues.

Yet, Alaghmandan Motlagh thinks this crisis of identity will probably continue for the rest of her life, saying: “It is difficult, but it is something that is not going to stop me from continuing my life in Slovakia.”

In the podcast, she speaks about her childhood in Teheran, her first years in Slovakia, stand-up comedy, and the fjúžn festival, which takes place from September 16 to 25 in Bratislava, and where she will host several events and perform a stand-up show. Alaghmandan Motlagh also recites verses in Persian written by Iranian poet Sohrab Sepehri.