Pope in Prešov: Humble love is the only strategy

For the first time in history, a pope served the Greco-Catholic liturgy in Slovakia. 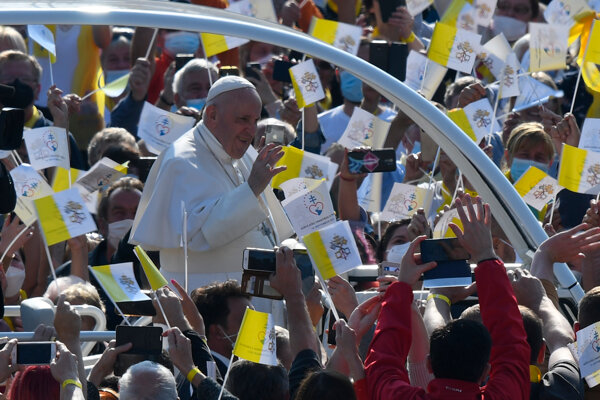 On the third day of his trip to Slovakia, the pope is visiting the eastern cities of Prešov and Košice.

Prešov is the centre of the historical region of Šariš. The city used to be home to many different ethnicities, religions and cultures in the past. The region is still home to the largest Greco-Catholic community in Slovakia. During his visit, Pope Francis served the Byzantine Rite liturgy, or the liturgy of St. John Chrysostom. He is the first pope in history to serve this liturgy in Slovakia.

Some 30,000 people reportedly attended the mass originally planned with a capacity of 50,000. Only the vaccinated, tested, or people who have recently recovered from Covid were allowed into the premises of the city hall where the open-air mass was held. 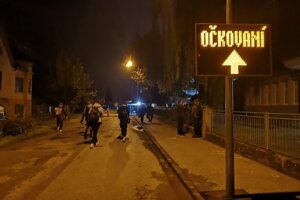 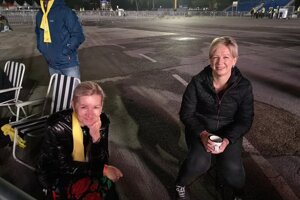 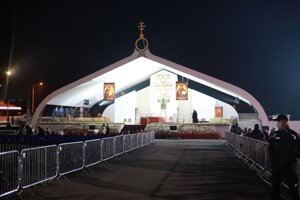 "The first pilgrims started arriving at midnight. Around three in the morning, the crowd started thickening. The police have a lot to do to make sure people enter efficiently," said the spokesperson of the Prešov Archeparchy Michal Pavlišinovič, as quoted by the Korzár daily.

During his sermon, Pope Francis mused on the importance of the cross for Christians. He noted that Christians should not reduce the cross to a mere object of their religious devotion, let alone a political symbol or a symbol of social importance.

In the eyes of the world, the cross means loss and Christians nowadays face the danger of people interpreting it superficially, without understanding the logic of the cross.

"How many times do we want the Christianity of winners, the triumphant Christianity that would be important and significant, celebrated and respected. But Christianity without the cross is worldly and becomes sterile," the pope noted, as quoted by the SITA newswire.

The pope called on the believers to bear witness.

The only strategy for witnesses of the Cross is “that of the Master: humble love.”

"Here, in this part of the world, Christians, thank God, do not face persecution like in many other places," he said, as quoted by SITA.

At the end of the liturgy, Pope Francis crowned the statue of the Klokočov Mother of God.