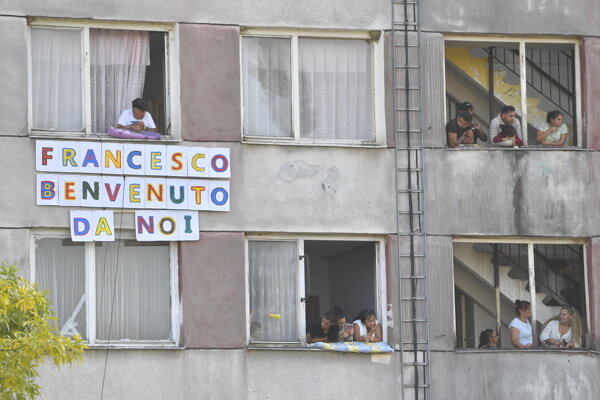 Pope Francis' visit to the Roma neighbourhood in Košice was the highlight of his trip, according to several of the world's media. Some have placed the statements he made in Slovakia within the context of his brief trip to Hungary before arriving to Bratislava.

The Reuters newswire noticed the Pope's statement during the liturgy in Prešov on Tuesday, that "the cross is not a flag to wave, but the pure source of a new way of living." A true believer "views no one as an enemy, but everyone as a brother or sister," Reuters quoted the Pope as saying. The agency noted that a number of political parties in Europe, including several far-right parties in the east such as the People's Party - Our Slovakia (LSNS), use crosses on their party flags or symbols.

The New York Times stressed that the remarks came two days after the Pope's meeting with Hungarian PM Viktor Orban, who "has made Hungary’s Christian roots and identity a hallmark of his political messaging and policies, including anti-immigrant and nationalist measures."

"The pope’s remarks in Slovakia on Tuesday were more blunt. He appeared to extend his criticism to politicians and activists who use Christian references and symbols to gain ground in so-called culture wars," wrote the New York Times.

The NYT added that the Pope's meeting with the Roma people in Košice added to his message of inclusion. 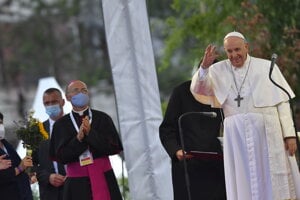 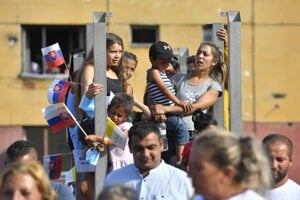 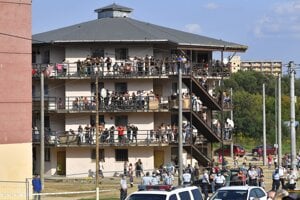 The Reuters agency also highlighted the meeting with the Roma, to whom the Pope said that "people cannot be pigeonholed."

"Addressing residents from an open stage covered by white cloth with flower designs painted by Roma children, the pope said that God saw people as equal. Some residents watched from balconies with peeling paint," Reuters wrote.

Deutsche Welle wrote that the Pope met with the Roma at an "eyesore" housing project.

The AP newswire dubbed the Pope's visit to Lunik IX a "sign of inclusion for Slovakia's excluded Roma." The AP described it as the highlight of the papal visit to Slovakia, despite the "problematic optics," or the visit bringing home just how excluded the Roma are: "Slovak police and soldiers lined tall fencing along the main route into the neighborhood, preventing residents who hadn’t registered in advance from accessing the small seating area for the event," the AP wrote.

Shame over the Holocaust

The agency also reported on the Pope's honouring Holocaust victims in Slovakia, when he said "your suffering is our suffering."

The Times of Israel reported that the Pope "voiced 'shame' over the massacre of tens of thousands of Slovak Jews in the Holocaust, condemning World War II’s 'frenzy of hatred' and lingering antisemitism."