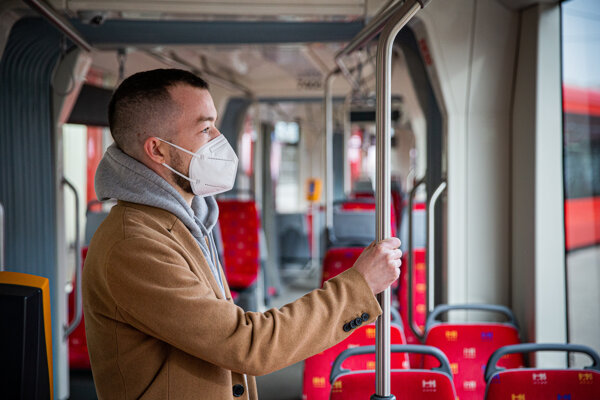 When Pope Francis began a four-day tour of Slovakia at the end of last week, questions were raised over whether the massive crowds he was expected to draw could lead to a wave of Covid-19 infections.

The pontiff travelled across the country, drawing large crowds wherever he went, and more than 50,000 gathered at a special mass in Šaštín on September 15.

And although there were sectors for vaccinated and unvaccinated people at the event, and social distancing and mask-wearing was mandated, local media reports suggested some people ignored the restrictions, coming into close contact and not wearing face masks.

But Health Ministry officials, and disease modelling experts, have said they are not expecting the pope’s visit to have had a major impact on what authorities admit is a rapidly worsening epidemic situation.

Richard Kollár of the Science Helps initiative – an informal grouping of experts and scientists in medical and other fields - told The Slovak Spectator: “Taking into consideration that there are about 700,000 pupils and students currently attending schools, football matches being played, a recent aviation festival that normally draws tens of thousands of people, as well as weddings and other events, I do not think [the visit of Pope Francis] will be a turning point in the epidemic in Slovakia.”

Speaking to The Slovak Spectator, Matej Mišík, chair of the Institute of Health Analyses which is part of the Health Ministry, added: “We expect a significant growth of [Covid-19] infections in the upcoming days regardless of the Holy Father’s visit, both in the districts he visited but also in those he did not.”

Third wave – almost everyone will be exposed to the virus