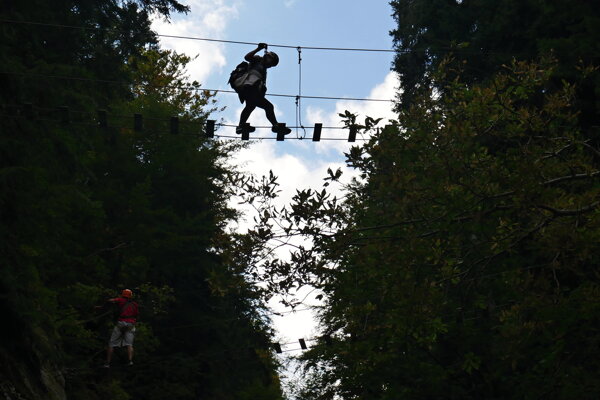 A via ferrata in Martin was closed this week. It will remain closed until October 31. (Source: Erika Ďurčová/TASR)
Font size:A-|A+

This week: US musicians worked on a Slovak singer's new album, another hiking challenge has popped up, and the White Night festival begins in Bratislava. 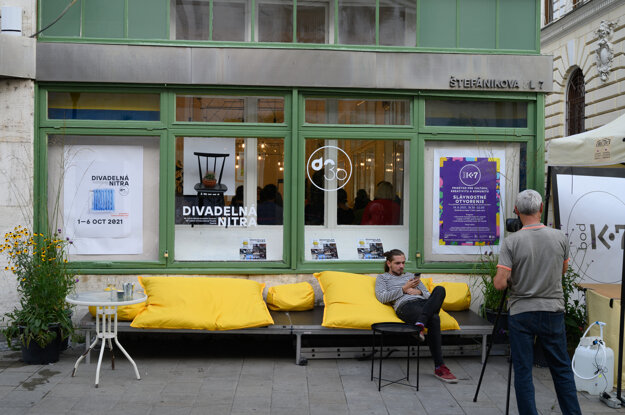 A new cultural space in Nitra, bod.K7, has been opened on September 14, 2021. (Source: Henrich Mišovič/TASR)

After five years of living in America and gaining experience and contacts on the US music scene, Slovak singer Hanka Gregušová is releasing her fourth album, Universal Ancestry, which she co-produced with top American musicians.

Hanka, which is Gregušová's stage name, worked on and recorded her new album during the pandemic. There are 11 songs on it, and different genres, including jazz, soul, R&B and gospel, come together on the recording.

In addition, the album includes three Slovak folk songs with loose English translations of the lyrics, which were arranged by the African-American musician James Hurt. Fifteen musicians in total helped Hanka create the album. One of them is the Grammy-winning sound engineer David Stoller.

Universal Ancestry was recorded in New York in one of the best studios - The Samurai Hotel Recording Studio - but part of the album was also recorded in Slovakia. 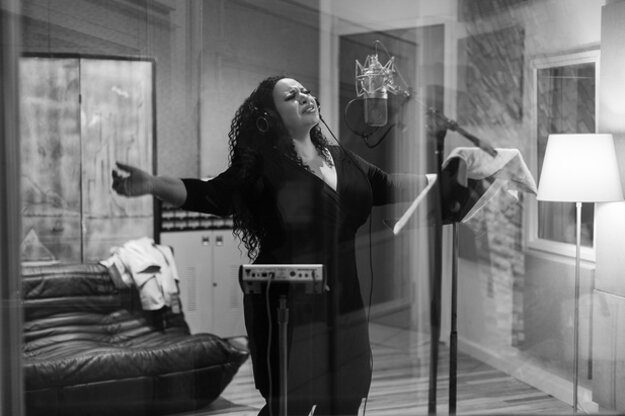 The Bratislava singer, who spent her early years in Mongolia where her parents worked as geologists, released her debut album, Essence, in 2014. Three years ago, she told The Slovak Spectator: "I love Slovakia, but right now I'm living in New York and I'm chasing this crazy dream and singing this amazing music."

You can read a story about Hanka from our archives at the bottom of the round-up.

It takes six hilltops to help

A recently launched challenge that concerns the Kysuce region, "Conquer Kysuce, Plant a Tree", encourages people to hike several hilltops in the north of central Slovakia and to help plant trees in six primary schools in the towns and villages of the Kysuce region. Registration is open until September 30.

Hikers can earn medals and win different prizes, including a three-day holiday in Slovakia, once they complete their trips to six peaks. 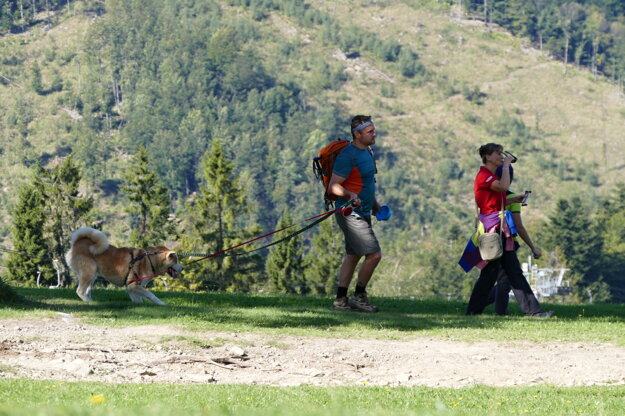 These include: Veľká Rača, Veľký Javorník, Veľký Polom, Ľadonhora, Javorské and Kalinový vrch. At 1,236 metres, Veľká Rača is the highest of all the named peaks.

Each participant has until November 30 to complete their hikes and upload pictures online.

She decided to learn Slovak at McDonald's

For young Iranian comedian Nastaran "Nasi" Alaghmandan Motlagh stand-up comedy has always been a fun hobby, but it has evolved into something more in her case - a form of therapy.

"It is a chance for me to reflect on who I am," she says in the Spectacular Slovakia podcast. 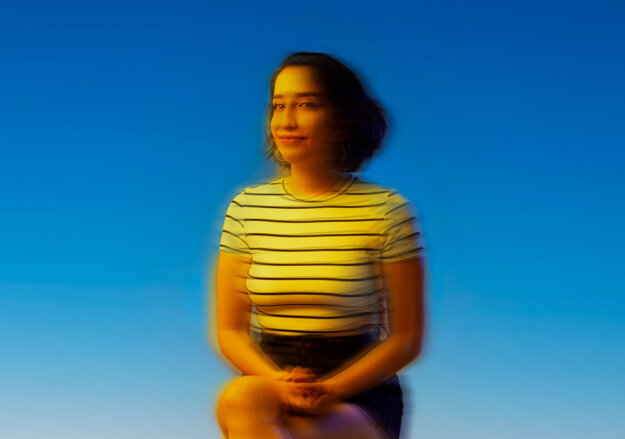 Alaghmandan Motlagh and her family emigrated to Slovakia in 2010 when she was just a teenager. She admits it was tough to "crack the shell of Slovaks" at first, adding that learning the Slovak language was key. Because she did not enjoy Slovak language classes, she started working at McDonald's and learnt the language there.

In the first years of her life in Slovakia, she was going through a period when she no longer wanted to be Iranian and tried to become Slovak, but it was a "move in the wrong direction," she also says.

In the podcast, she speaks about her childhood in Tehran, her first years in Slovakia, stand-up comedy, and the fjúžn festival, which takes place until September 25 in Bratislava. Alaghmandan Motlagh also recites verses in Persian written by Iranian poet Sohrab Sepehri.

After the coronavirus pandemic scrapped White Night last year just before it started, the organisers of the popular multi-genre festival opted for something that cannot be cancelled this year, extending the event in time and placing most of the artworks in public places. 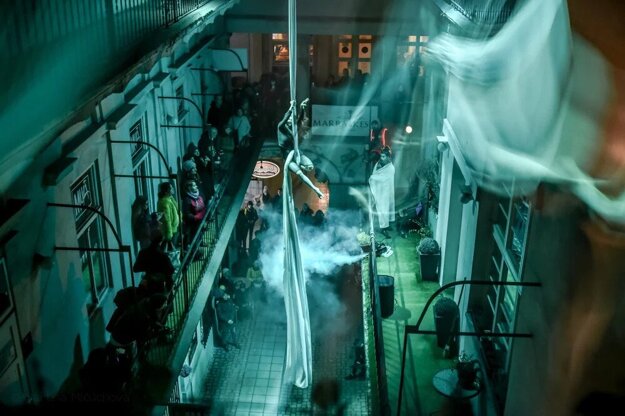 "The main message of White Night - bringing art closer to people - remains," said Zuzana Pacáková, the festival's artistic director. "It's about the physical experience and the contact of the artwork with the visitor. This is why an online version in our case is mostly impossible."

Here is all you need to know about the Bratislava event, which starts September 17 and will last until early October.

What else is on this weekend in Bratislava:

Growing up on Motown in Mongolia

Jazz singer Hanka Gregušová is used to being a cultural nomad. When she was only one year old, her parents, who worked as geologists, packed her up and headed off to Mongolia for six years. Her earliest memories are of rustic adventures in an exotic and foreign land.

"It was a fantastic experience," she remembered of her years in Mongolia in an interview with The Slovak Spectator in 2018. "We had horses and dad went to his work on a horse to do mapping, and on the way back home he had to bring some food so we could eat. We lived like nomads, basically." 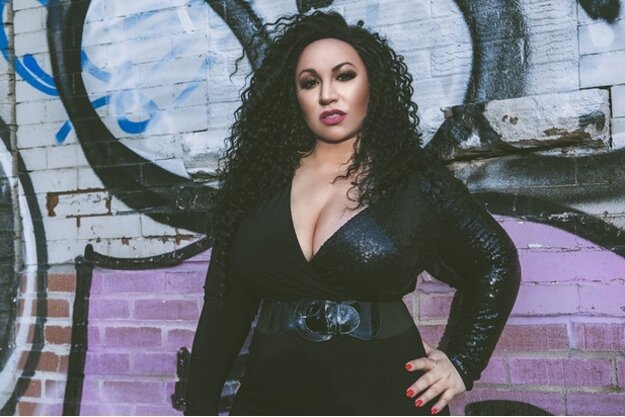 "Home is home, and I love Slovakia, but right now I'm living in New York and I'm chasing this crazy dream and singing this amazing music." (Source: Lauren Desberg)

It turned out to be a formative experience for her in another important way. Her father, who was fond of music and played guitar, had numerous tape recordings of American music, and listening to them would alter the course of her life.

"He loved rock 'n' roll. He loved Chuck Berry. He also loved Elvis Presley," Hanka said. Her father loved African-American rhythm and blues and soul music from the 1960s too and listening to it ignited a passion within her for music that has never gone away.

"I've been listening to Aretha Franklin and Stevie Wonder since I was a baby basically, in Mongolia," the US-based Slovak singer said. "It was only natural that one day I would want to sing this music."