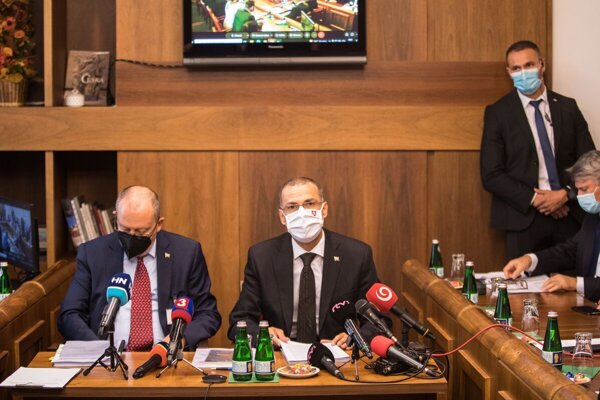 This column has previously touched on the anguish that Slovakia periodically endures thanks to its choice of chief prosecutor. After a deceptively serene transition last year, the heartbreak has resumed.

Just as one of his predecessors was about to go on trial this month for abusing his authority, the current general prosecutor, Maroš Žilinka, chose to drop a series of legal bombshells whose reverberations continue to be felt.

His office’s decision on August 31 to order all charges against former spy chief Vladimír Pčolinský to be dropped – in a high-profile case that had been in the works for months and was just about to go to trial – left observers gobsmacked. It did not help that the shock move also required corruption charges to be cancelled against two high-profile businessmen in parallel cases – or that Pčolinský was picked up from the prison gates in what looked like a playboy’s sports car.

The general prosecutor angrily dismissed any doubts about the moves (which were technically enacted by his deputy, Jozef Kandera, after Žilinka recused himself due to past dealings with Pčolinský). His retort, and that of his apologists in the judiciary, has been that these are matters of high legal principle that politicians and journalists are unqualified to consider, much less criticise.

But the justice system, whatever some judges and prosecutors may think, does not exist solely to provide them with well-paid employment, high social status and a forum in which to debate abstruse theory.