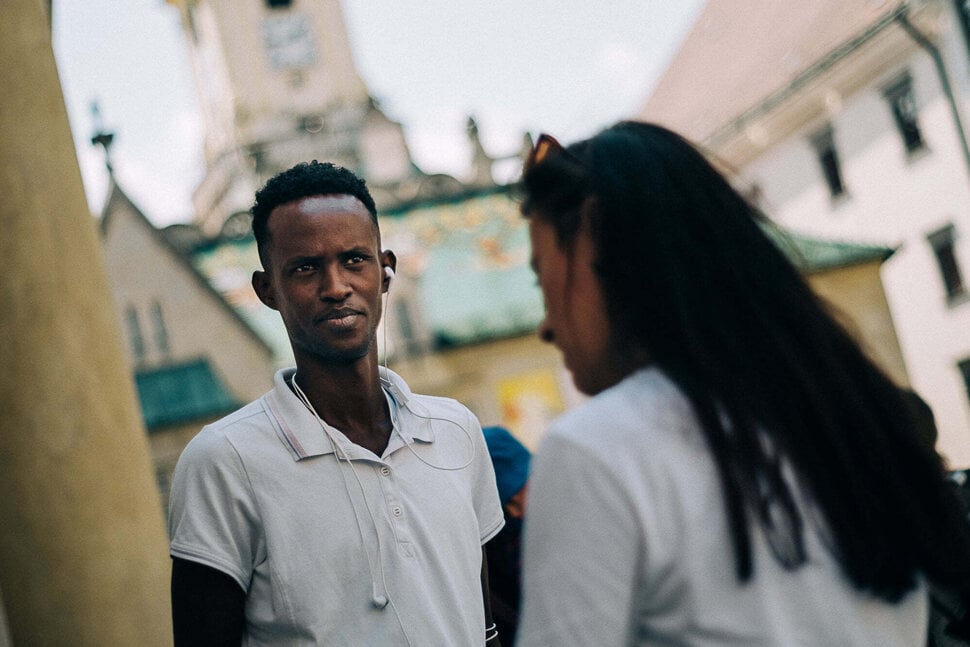 The latest Focus poll has found that 57.7 percent of Slovaks think the government should not be lenient when it comes to taking refugees in. (Source: Facebook/[fjúžn])
Font size:A-|A+259

Law student Kamil Yılmaz – this is not his real name – was about to end his Erasmus stay in Slovakia when he learnt Turkey arrested more than 70 university staff. It was early summer 2017.

Following a failed military coup the year before, his father, who worked as a teacher, and his brother, a police officer, were laid off. The father ended up in prison, the brother faced jail. The Erdoğan regime labelled them and the lecturers as terrorists.

Yılmaz, in his early twenties at that time, knew he would be the next to follow. He applied for asylum in Slovakia. An uphill battle with Slovak institutions ended in success after nearly three years.

“After I received asylum, I went to the library and borrowed the books that had been banned in Turkey,” said Yılmaz, who works at a store and studies Slovak at university, “I was free.”

Slovakia feels like home, he added. But is the Muslim student from Turkey the kind of a foreigner most Slovaks are accepting of? The latest Focus poll for Milan Šimečka Foundation, conducted between June 28 and July 4, 2021 on a representative sample of 1,004 respondents, paints a picture of how a perfect foreigner to Slovaks should look.

They do not refuse foreigners in principle, with 75.9 percent of them disagreeing that foreigners should never be accepted in Slovak society. Yet, the poll implies that the ideal foreigner looks like a Slovak.

A foreigner according to Slovaks

Read more articles by the topic
This article is also related to other trending topics: Minorities
Share on Facebook (259)Comments disabled
Close ad