The charges concern a report from October 2018 on former journalist-turned-spy Peter Tóth. 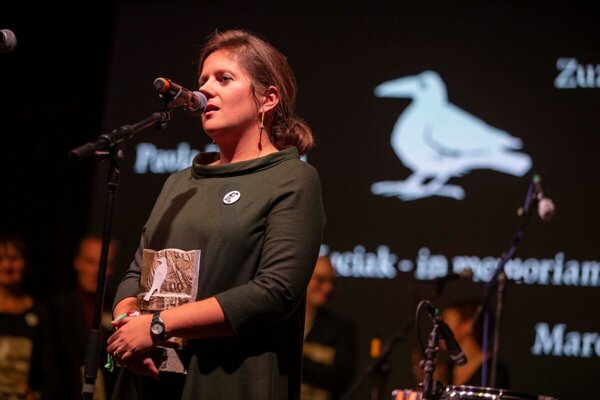 They are accused of revealing confidential and reserved information, and if found guilty, they could spend up to one year in prison.

The police first turned down the criminal complaint. Yet, Tóth challenged the decision, and the prosecutor who was deciding on the appeal said that the charges should be pressed.

The General Prosecutor’s Office ordered the regional prosecutor in Bratislava on September 20 to check the legitimacy and justification of the charges.

The charges concern a report published on October 22, 2018, in which Tódová and Čikovský reported on how Tóth admitted to the police that he was monitoring several journalists for mobster Marián Kočner, including Ján Kuciak, who was murdered in February of that year along with his fiancée.

At the time, there were only speculations about Kočner’s contribution to Kuciak’s murder, but the police had already detained two other defendants, Alena Zsuzsová and Zoltán Andruskó. It was not clear whether Tóth would stand as a witness, but the daily wrote that he acted as a secret witness.

By publishing this information and revealing his identity, the journalists could have put him in danger, the charges claim, adding that “at the time the article was published, nobody knew or could not know how many potential accomplices of the murderers of Ján Kuciak and Martina Kušnírová were at liberty,” as reported by Denník N.

“I consider it unacceptable that in a democratic country journalists are prosecuted for a true article written in the public's interest,” Tódová responded, as quoted by the Sme daily.

Matúš Kostolný, editor-in-chief of Denník N, does not believe his colleagues will be found guilty, though the charges are quite serious.

“This is not how I perceive justice or an honest effort to punish criminals and protect decent people,” he commented.