Consumption of medicine decreased in Slovakia during the pandemic

For the first time in years, medicinal consumption decreased in 2020, health insurers report. 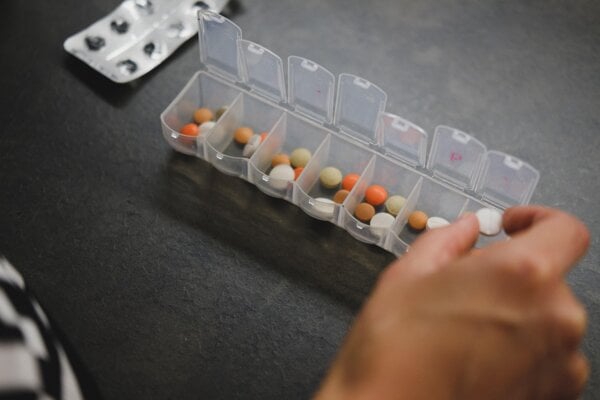 After a period of year-on-year increases in consumption, the Slovak National Centre for Health Information (NCZI) registered a decrease in financial reimbursements for medicinal consumption last year.

In 2020, people in Slovakia spent €1.8 billion on medicine, NCZI spokesperson Alžbeta Sivá said, as reported by the SITA newswire.

Of this sum, subsidies from health insurance companies took a lion’s share of €1.4 billion, representing a 5-percent decrease from 2019. The largest financial item from these expenses, coming in at a sum of € 1.2 billion, are subsidies for prescription medicine and medicine paid for by public health insurance.

Insurance companies registered a year-on-year decrease in subsidies for medicine distributed by hospital pharmacies for partner and non-partner hospitals at a rate of about 16 percent. Subsidies for distribution from public pharmacies to non-governmental clinics increased twofold. Subsidies paid out to patients dropped by 1.6 percent; Slovaks paid over €438 million for medicine in 2020.

Medicinal consumption recorded in units sold dropped by about 5 percent. From a total amount of 149 units of distributed medicine, the majority share was medicine completely or partially subsidised by public insurance, surpassing 61 percent.

A similar trend was seen in the pharmaceutical industries of other countries.