Award-winning Slovak director who filmed with murderesses: I no longer have quick answers 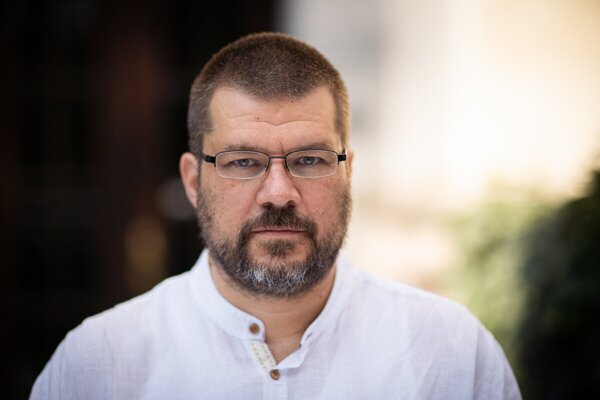 They murdered out of passion. They murdered their husbands, boyfriends and girlfriends. They face the consequences of their actions in a Ukrainian prison. Several of them became mothers there, and they are aware that once their children reach three years of age authorities will take them away.

Slovak director Peter Kerekes listened to their many stories, and then went on to create a film in which the murderesses play themselves.

He called the movie 107 Mothers.

The film is a great success for Slovak cinematography, with the film debuting at the prestigious Venetian film festival for the entire world of cinema to see before coming to Slovak cinemas. The Sme daily interviewed the film’s director via phone while he was in Venice.

“After this experience, I am a different Peter Kerekes,” he judged.

Kerekes together with Ivan Ostrochovský gained the award for best screenplay in Venice.

For several years, you shared an environment with female prisoners convicted for murder. How did it make you feel?

It was, obviously, a bizarre feeling at first. We felt a little scared and a little shy. Eventually, however, we got used to them, and I must admit that I miss the environment a little.

In a 2017 interview, I told you that we are filming at a male prison. I wasn’t satisfied with the results so we practically had to restart filming.

I don’t know, maybe I am a bad director and don’t know how to work with men. The material we had seemed very superficial to me, and the only good thing that I could pull out of it was a good trailer. When we began to film with women, a lot more intrigue and questions seemed to surface.

While men were more or less satisfied with what I wanted, it was the opposite with women. I let them tell their stories, which became the basis of our film. Their confessions were extremely interesting.

You look at the protagonist-murderesses with heartfelt emotion. Where did it come from?