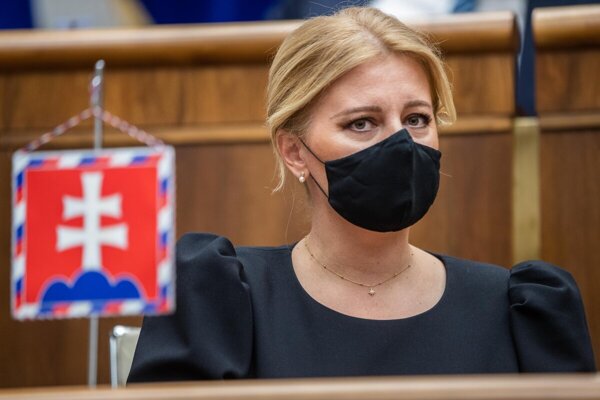 In June 2020, President Zuzana Čaputová delivered her first state of the republic address in parliament with some optimism that marked the end of the first surge of infections in Europe. She then called on the people of Slovakia to not go back to the pre-pandemic times that were marked by deep divisions.

Speaking to the MPs at the end of September 2021, with the third wave of the coronavirus pandemic gaining speed, President Čaputová gave a less optimistic assessment: "The threat that should have united us became the source of the strongest line of conflict."

Čaputová delivered her second state of the republic address in parliament on September 28, 2021, at a later date than the usual inauguration anniversary in June. She addressed the pandemic and its consequences for Slovakia and its inhabitants, noting that fear and anger are prevailing emotions in the country. She also mentioned the economic recovery plans and need for justice reforms, as well as the deteriorating standard of political communication.

A year of trauma

The president listed the bleak statistics of the coronavirus pandemic in Slovakia so far, including the fact that for a few weeks in the winter, Slovakia topped the ranking of countries of the world in the number of Covid deaths per capita. So far, more than 12,500 inhabitants of the country have died of Covid-19, while many others died as a consequence of the strain that the pandemic put on the health care system.

"Our closest ones left without us by their side in their last moments, to say goodbye and bury them in a dignified way," the president noted. "It was a year of trauma that we have been through and thousands of bereaved will carry it throughout their whole lives."