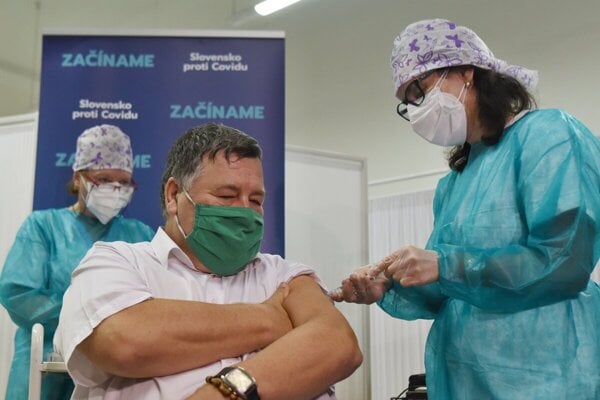 Infectologist Vladimír Krčméry was the first Slovak vaccinated against Covid. Today, he has to hide from aggressive anti-vaxxers.

“I'm staying abroad for safety reasons, and I come back only when necessary,” he told the Sme daily.

Krčméry is an infectologist known as a lifelong fighter against tropical diseases. At the beginning of the pandemic, he became very popular and videos featuring him spread online. At first, the disinformation scene did not pay much attention to him, but this changed after he became the face of the official vaccination campaign, with the attacks of radical anti-vaxxers gradually growing.

They climaxed when a group of radical anti-vaxxers arrived to his house in early July. They accused Krčméry of genocide and threatened his children with death.

The police are dealing with the case, running several prosecutions, and Krčméry himself filed two civil lawsuits for false accusations of genocide.

The aggression of anti-vax movements is becoming more obvious not only in the public space, but also in private relationships.