Weekend: Chess legend to open a display in Bratislava

Your weekend reads, including bike trips and Bratislava news, rounded up in one place. 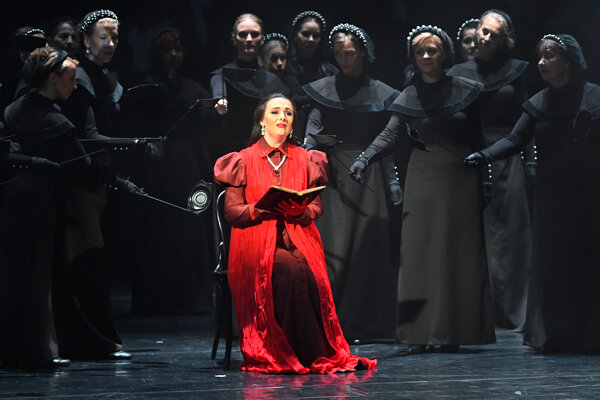 This week, we are writing about the Garage, the best photos of 2020, and bike trips in Banská Bystrica Region. You can read several interviews at the end of the roundup. 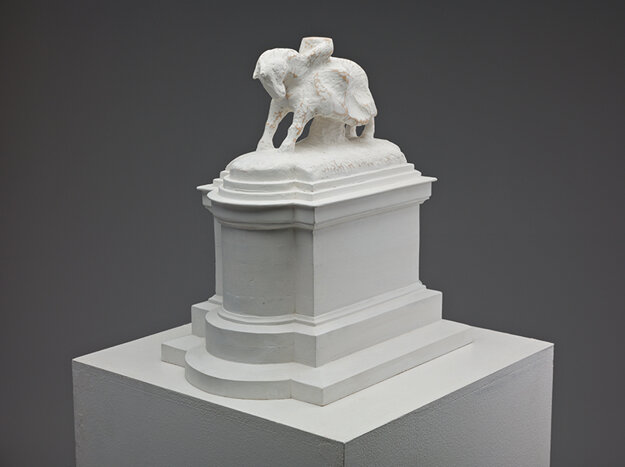 Sculptor Martin Piaček's piece 'October 26, 1921' is exhibited in the window of the former Berlinka Café in Esterházy Palace in Bratislava. It portrays the destruction of the Maria Theresa Monument, which used to stand on Ľudovít Štúr Square in Bratislava in the years 1897-1921. The work is part of The Greatest Failures of Slovak History cycle, and it is on display until late November. (Source: Slovak National Gallery)

For decades, people have been using garages for more than just storage.

It's not uncommon now for new music talents to be born out of a garage, and the city of Trenčín, in its bid to become the European Capital of Culture in 2026, is taking it a step further. Young people in the city, in particular skaters, now have access to a garage created by the city to host events and help shape the cultural life in Trenčín.

This is not the first time the Garage will be used for music events, though. Provided by Pohoda Festival, it has been used as the smallest stage at the Trenčín-based summer festival for a long time.

Located in the Trenčín skatepark, the fully equipped Garage will serve as a local community venue throughout October and November. 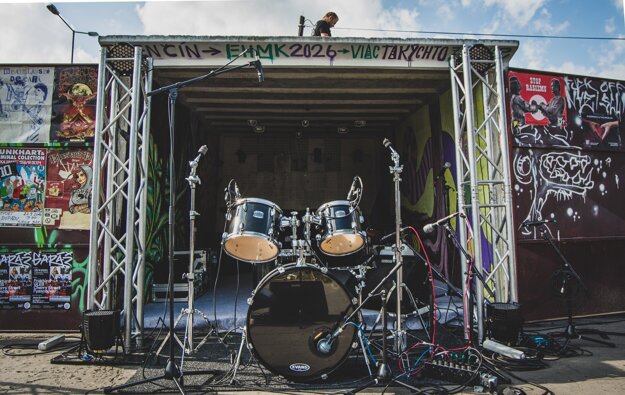 The Garage is used as a stage at Pohoda Festival in Trenčín, but it will temporarily serve skaters in the city. (Source: Martin Daško)

If the city wins the European title, the Garage will travel around the city as a ‘pop-up’ venue serving different art groups and communities.

Cycling up and down Banská Bystrica Region

The longest European tunnel that has a cycling road running through it is just one of almost 140 bike trips that visitors to the Banská Bystrica Region can choose from. 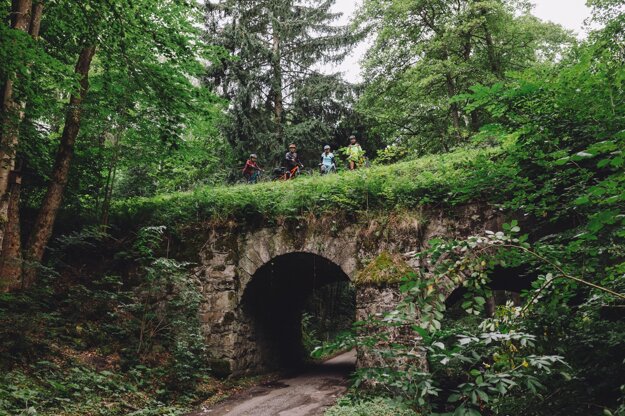 To attract more tourists, in particular bike enthusiasts, the region launched a two-month contest in early September, motivating people to cycle to one of eight proposed trips with weekly prizes. All they need to do is post a picture from any of the eight trips on Instagram with some necessary hashtags. Moreover, in late October, one person will win a weekend family holiday in central Slovakia.

The tunnel is not the only interesting spot for a bike trip. Cyclists can also ride to other parts of the region, visiting houses carved into rocks, a geopark, the stone sea, or even a waterfall.

You can find all the necessary information in Slovak, including maps and photos, here. 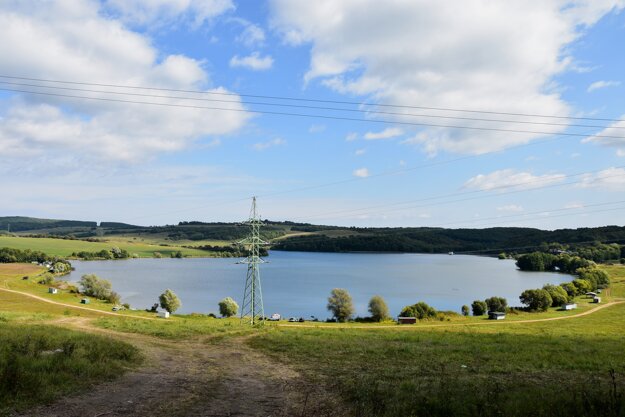 When Hungarian photographer Simon Moricz-Sabjan took a picture of a woman celebrating New Year’s Eve in front of a laptop screen during the pandemic and also captured the pandemic life in Hungary and the life of a poor Hungarian family in the town of Csanytelek, he had no idea his photos would sweep this year’s Slovak Press Photo contest.

In addition to poverty and anti-government protests, Covid as a theme dominated among photographers’ works. Daniel Stehlík’s picture of last year’s mass testing in Slovakia won the Grand Prix award in August.

“Photography can be proof that something is real, and it is really happening,” said Dutch photographer Kadir van Lohuizen. The man who chaired this year’s Slovak Press Photo jury added: “People sometimes seem to need photos to believe it is true.” 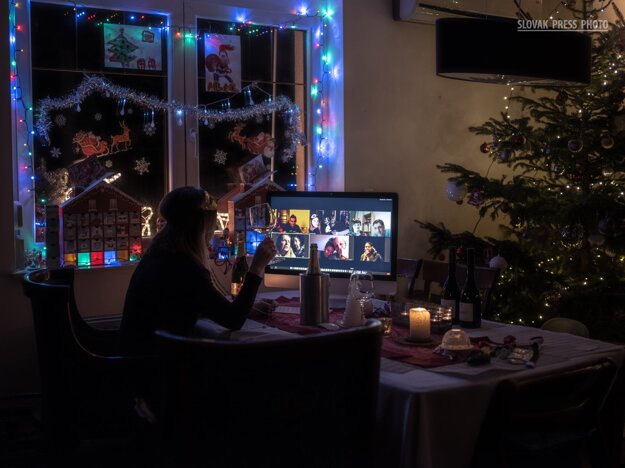 Slovak Press Photo has now published winners in all categories, both for a single photo and a series. Have a look at the pictures of Bratislava, photos of young photographers, and pictures capturing moments from the world of culture, sports, as well as the environment.

All the photographs are displayed on the Rázusovo Nábrežie waterfront in Bratislava until the end of October. Some works are also exhibited on Komenský Square and in Zichy Palace. 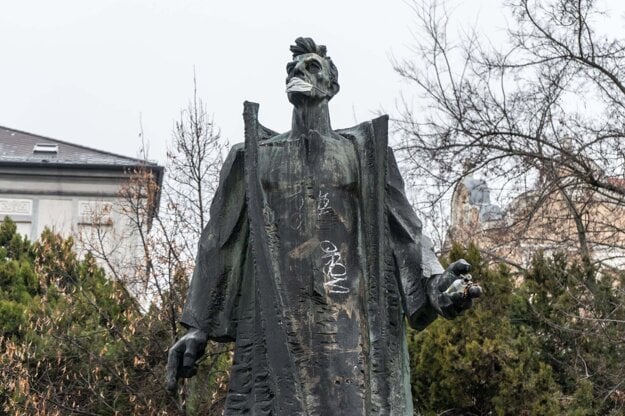 Bratislava's Old Town borough has asked city officials to remove the statue of Marek Čulen, one of the founders of the Communist movement in Slovakia, from the park by Leškova Street near the Government Office. (Source: bratislavskykraj.sk)

Slovakia was not a place where Olesia “Les” Paskarenko, as a 17-year-old, wanted to be sent away by her parents, but six years on the Ukrainian tattoo artist calls it her home even though she feels like an immigrant here sometimes. 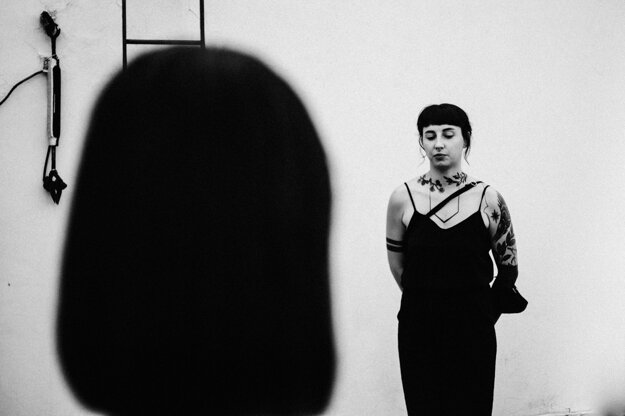 And so, in 2015, with a large suitcase and a knit market bag in her hands, the Ukrainian teenager left her hometown of Odessa and set out on a cinematic adventure.