Many jets are exhibited in museums, but you can now see one near a railway station

Passengers who travel to Banská Bystrica by train will spot a Soviet fighter next to the Sliač railway station. 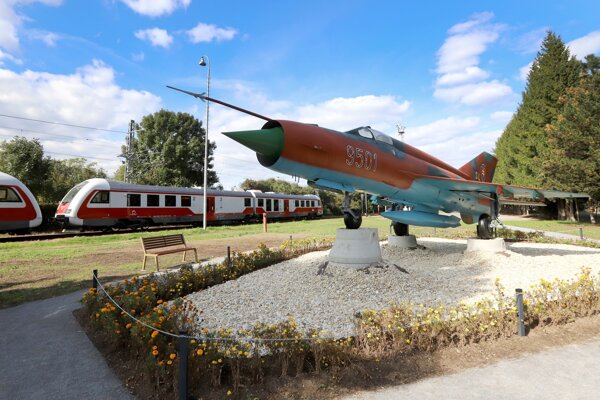 The MiG-21 jet fighter became part of the new Tri Duby recreation park next to the railway station in Sliač, central Slovakia. It was transported here from the local air base. (Source: Ján Krošlák/TASR)
Font size:A-|A+

An MiG-21 fighter jet has "landed" in the new Tri Duby park situated next to the railway station in the spa town of Sliač in central Slovakia, which is also home to a military air base.

“The fighter jet is the same since the future commander of the base, Jozef Krakovský, flew to Sliač shortly before Soviet troops left the airport in 1991,” Sliač Mayor Ľubica Balgová told the TASR newswire.

The town has obtained the aircraft from the Military History Museum in Piešťany for six years. 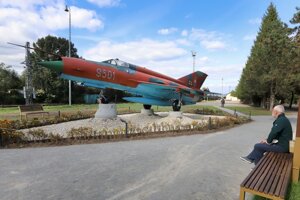 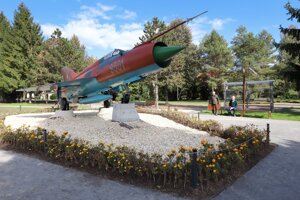 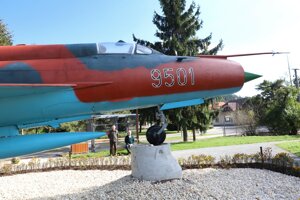 Sliač was first supposed to have obtained a different jet.

When the aircraft meant to be exhibited in the new park was dismantled in Piešťany, it was revealed that it contained Czechoslovak emblems, but Balgová did not want to put such a jet on display and requested another.

“We were eventually given a fighter jet that flew to Sliač on May 7, 1991,” Balgová told the MY Zvolen website.

The aircraft was manufactured on June 30, 1974, by the GAZ Znamia Truda plant in Moscow, and it joined the Czechoslovak Air Force in the same year. 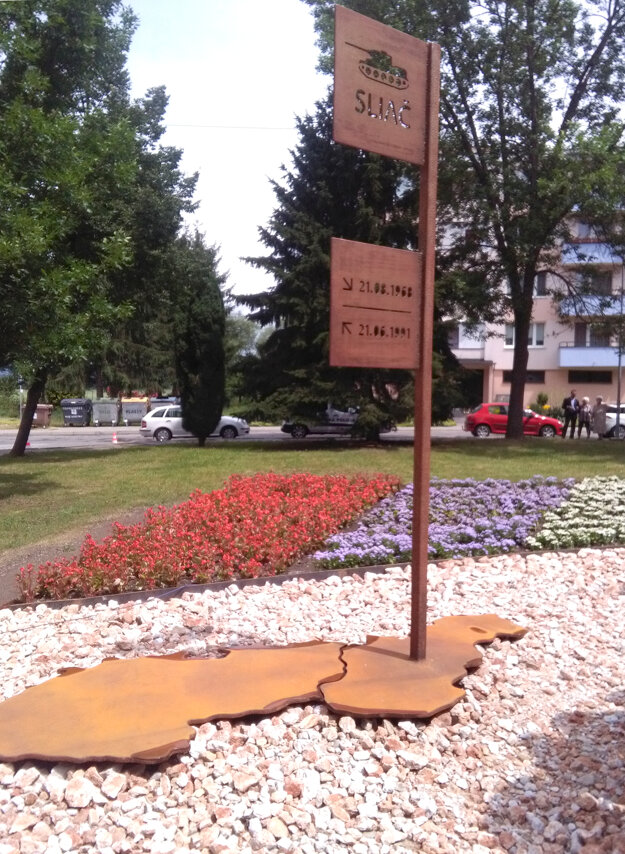 A monument marks the departure of the Soviet Army from Sliač, central Slovakia. (Source: Jozef Poliak/TASR)

Slovakia obtained the jet when Czechoslovakia broke up in the early 1990s. A decade later, the jet became the property of the Piešťany museum, after being decommissioned by the Slovak Air Force.

In addition, the Soviet army left former Czechoslovakia 30 years ago, in 1991. The spa town unveiled a monument marking the departure of Soviet troops five years ago.