Attempts to court dialogue with opposition leaders are spurned. 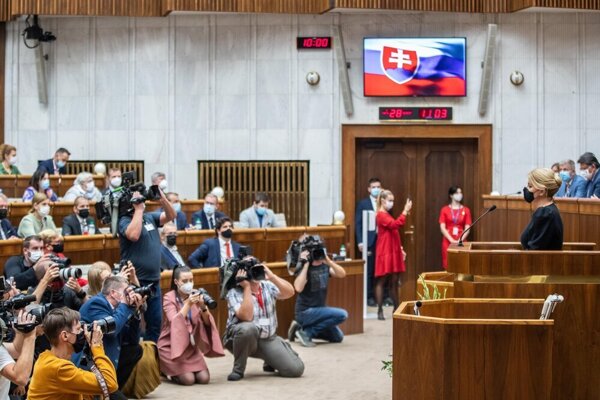 Welcome to your weekly overview of news from Slovakia. President spoke of a hurt country. Court sees no reason to prosecute Purgatory officers. Bratislava gets a new bus station. Hospital reform takes shape.

Two years into her term, most of it marked by the coronavirus pandemic, President Zuzana Čaputová delivered an accurate diagnosis of the country that she represents as president, after what she fittingly labelled a year of trauma.

In her second “State of the Republic” address in parliament last Tuesday, which was postponed from its usual date on the anniversary of the presidential inauguration in June, the president spoke of fear that turns into anger, and of the deep divisions in society that now run along various dividing lines.

"History has repeatedly shown that hate does not create, only destroys, including its own originator. And we need to protect this world and Slovakia in it," she said.

Čaputová, however, attracted some carping among observers, many of whom pointed to the absence of criticism by most of the rest of the political class as evidence that her observations lacked bite. Čaputová was, in effect, accused of excessive impartiality, by failing to so much as hint at who are the bad guys and who are the good guys in what has now become notorious as a ‘war’ among law enforcement agencies.