Some vaccination centres require approval from the person's doctor. 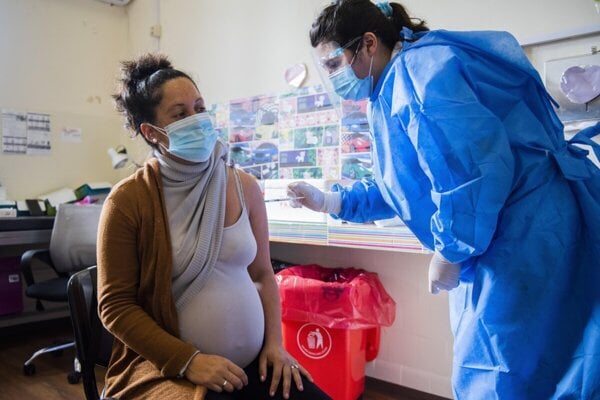 Pregnant or breastfeeding women who would like to get vaccinated against Covid may encounter some problems in the process.

The vaccination centre at the outpatient’s clinic of Mlynská Dolina in Bratislava, for example, requires permission from the doctor, the Sme daily reported following the complaints it has received from readers who failed to get vaccinated at the site.

The vaccination centre cites the recommendation of the State Institute for Drug Control (ŠÚKL) when requiring the document. ŠÚKL spokesperson Magdaléna Jurkemíková claims that no such recommendation has been issued.

The vaccination rate in Slovakia remains low as the third pandemic wave resulting from the Delta variant is rising.

Only 43 percent of the country's inhabitants are reported as fully immunised, well below the EU average exceeding 62 percent.