News digest: Quarter of Covid-positive people are younger than 18

Booster shots will be administered soon. Senior hours will be dropped. Interior minister gets more power in the police force.

Good evening. Catch up on the main news of the day in less than five minutes with the Thursday, October 7, 2021 edition of Today in Slovakia. We wish you a pleasant read.

Situation deteriorates, particularly in the north 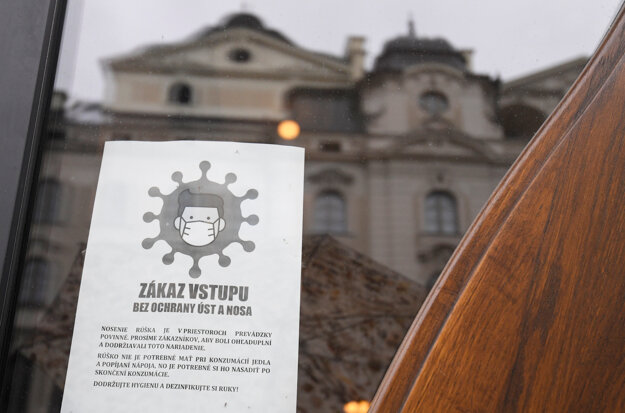 Districts already have to follow quite strict restrictions. (Source: TASR)

Although no district in Slovakia will switch to the black tier as of next Monday, the situation keeps deteriorating, particularly in the north of the country. The most serious situation seems to be in Žilina Region, said Matej Mišík, head of the Institute of Health Analyses, running under the Health Ministry.

At the same time, the highest number of positive cases was reported in the districts of Stará Ľubovňa and Stropkov (both in Prešov Region).

The situation deteriorates due, in part, to the frequency of weddings and parties attended by people from across the country, according to Mišík.

About one-quarter of all people identified as Covid-positive last week were under the age of 18, even though this age group represents only 19 percent of the entire population.

As for the entire country, there will be 16 districts in the dark red tier with the strictest measures. In these districts, FFP2/KN95 respirators will be mandatory indoors and masks will be mandatory outdoors. Furthermore, the interiors of restaurants will only be open to fully vaccinated people. Another 43 districts will be in the red tier and 20 in the orange tier.

Bratislava will remain in the orange tier, even though the vaccination rate among people older than 55 years reached 76 percent. Regional hygienists made this decision based on the situation in surrounding districts. 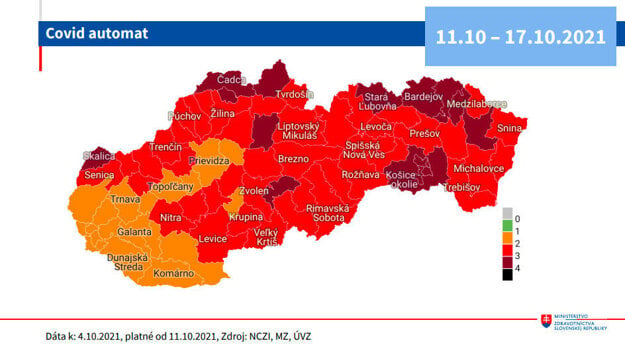 Meanwhile, the experts cooperating with the Health Ministry announced the administration of booster shots will start sometime next week. Priority will be given to at-risk groups, people with immunity problems and those who received the vaccine more than six months ago. 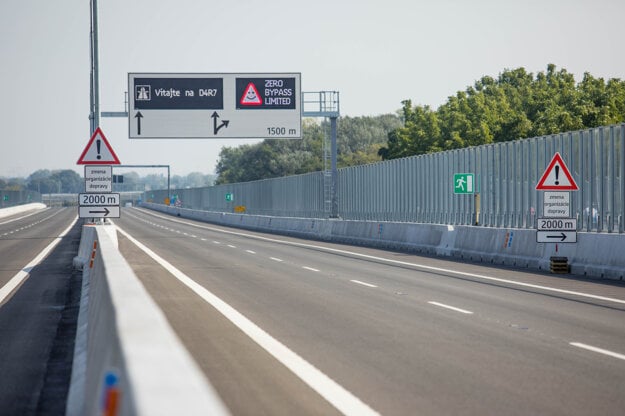 Lužný Bridge, which is part of the 4.3-kilometre stretch of the D4 highway, was open on September 26. (Source: TASR)

Despite the opening of several sections of the Bratislava ring road last weekend, tailbacks remain a problem.

“After [the construction is complete], we will look for solutions to traffic jams in Bratislava in tandem with self-governing administrative bodies and the police,” Transport Minister Andrej Doležal (Sme Rodina nominee) said after meeting with the representatives from the affected villages and boroughs on October 4.

A discussion was held about problems that may arise with the opening of parts of the D4/R7 road in certain villages or Bratislava boroughs, with several mayors expressing their dissatisfaction with the current state of traffic.

Doležal stated that he would like to wait for the situation to stabilise after the remaining segments of the ring road are open. He also said that the current state of traffic around Bratislava is “catastrophic” and will remain so for some time.

The water level of the Danube in Bratislava is very low due to the planned repair works on the Gabčíkovo Dam. 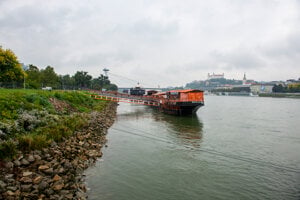 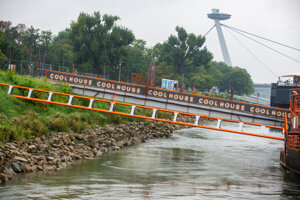 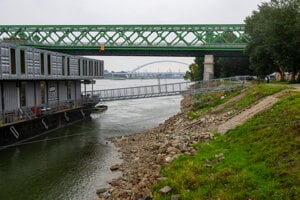 In Slovakia, the possession of marijuana carries a harsher sentence than manslaughter in some cases. There were several attempts to change marijuana-related legislation in early 2021, all unsuccessful due to a lack of agreement between coalition parties. However, change is finally in sight thanks to an amendment to the Criminal Code made by the Justice Ministry, which should be presented this autumn. 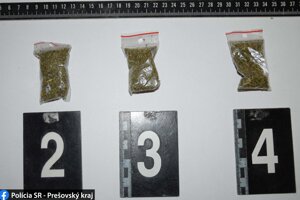 Making a hash of the drug laws in Slovakia Read more

One last note: Czech citizens living in Slovakia can submit their vote in the general election at the Czech Embassy in Bratislava on Friday (October 8) between 14:00 and 22:00, and Saturday (October 9) between 8:00 and 14:00. 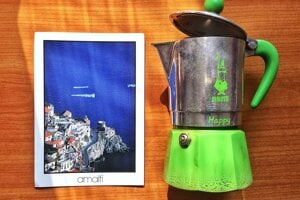 Moka pot and tomatoes. How to be an Italian in Slovakia Read more 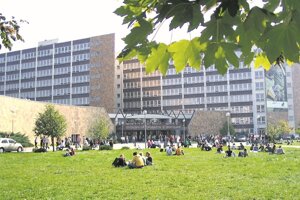 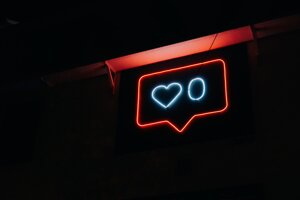