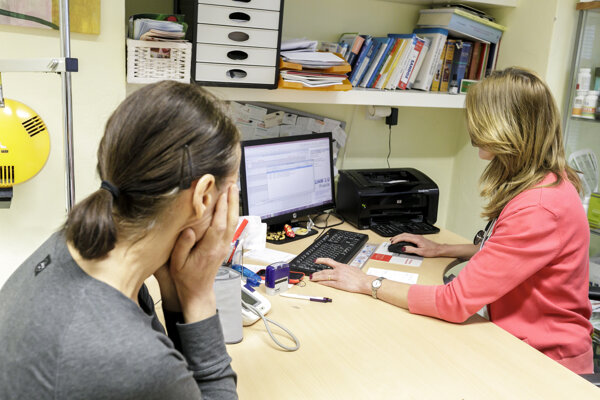 The Health Ministry's plan to reduce the annual amount the state pays for its policyholders, i.e. children, pensioners and women on maternity leave, has raised criticism amongst health insurers as well as doctors' organisations, the outpatient sector, patients and hospitals.

“The proposal to take hundreds of millions of euros away from the health sector is all the more baffling because it’s happening during a year when hospitals and health personnel continue to face the largest crisis in the modern history of Slovakia, one that is being weathered only by their superhuman determination,” the Association of Slovak Hospitals (ANS) warned, as cited by the TASR newswire. “At the time of the third pandemic wave, this might mean that the health sector will face a crisis situation. Hospitals, for instance, might not be able to pay salaries to doctors and nurses.”

Finance Minister Igor Matovič (OĽaNO) asked Health Minister Vladimír Lengvarský (an OĽaNO nominee) in late September to freeze funds in the health ministry's budget as a reaction to the latest, negative, tax prognosis for 2021. The total payments for the state policyholders should thus be reduced by €232 million to €1.2 billion this year.

Lengvarský assures that there will be as much money in the sector as it needs and that the provision of health care in Slovakia won’t be endangered in any way. He called the reduction a technical matter that does not require a special discussion.

“Nothing serious is happening here,” said Lengvarský. “I don’t think it should be a subject for a special conversation - for the time being.”

Lengvarský and Matovič confirmed that if it is proven that the third wave of the pandemic does not cause such a massive outflow of health care, it will continuously fund all provided health care. The Finance Ministry also said that the state continuously ensures sufficient financing in accordance with the Health Insurance Act and always looks at total expenditures in health care, depending on economic development.

“This happened a year ago when the state increased its payment by almost €300 million to €1.43 billion in anticipation of a historic shortfall,” said the Health Ministry, as cited by TASR. “However, since such a large outage did not occur, we’re partly projecting this amount back. At the same time, with the oncoming third wave of the pandemic, we expect a postponement of the health care provision in financial terms of approximately €200 million from the end of this year to the beginning of the next.”

It stressed that it "isn’t taking any funds from the healthcare system; it’s only transferring them to the period when they’ll be needed". The Finance Ministry pointed out that almost €2 billion will be directed to the healthcare system from the state budget this year. “This represents the highest amount ever and an increase of up to 63 percent compared to 2019,” it wrote.

The Association of Slovak Hospitals (ANS) has warned for a long time that the health sector is underfinanced. In comparison to neighbouring countries, Slovakia is spending significantly less on health.

“We’re afraid that if this decision isn’t revised, the Slovak health sector will deteriorate into an even deeper crisis,” wrote ANS.

The Private Doctors Association (ASL) says the reduction is “horrifying” and dishonours their work. The association pointed out that the healthcare sector is facing the third wave of the COVID-19 pandemic.

“We’ve gone through a very difficult period, which has completely revealed and deepened the disintegration of the healthcare sector,” ASL said. “We expected it to help, address this situation and do something. However, we didn’t expect this.”

ASL pointed out that the neighbouring Czech Republic, for example, has been paying more for state policyholders than Slovakia for years, dolling out €67.25 compared to Slovakia’s €39.

The Slovak Chamber of Dentists (SKZL) points to the escalation of the third wave of the pandemic, which is filling Slovak hospitals with COVID-19 patients, and the lack of medical staff.

“If we want a functioning and quality healthcare system that gives people a better quality of life in regard to the length of their healthy lives, then stable and predictable financing is needed, which is also declared by the Government Manifesto for 2020-2024,” dentists told TASR.