The prime ministers met in Esztergom to mark the anniversary of the bridge connecting both countries. 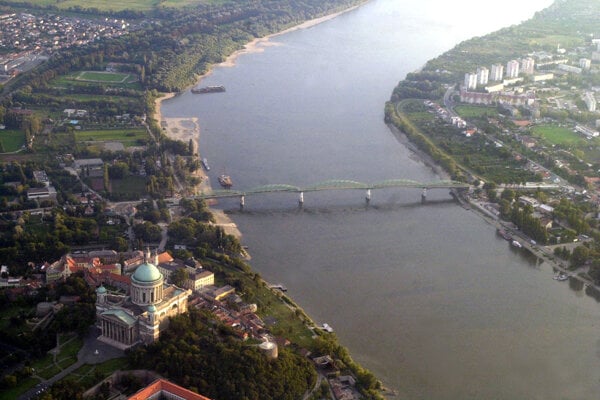 Slovak PM Eduard Heger (OĽaNO) met with his Hungarian counterpart Viktor Orbán in Esztergom in northern Hungary, on the occasion of the 20th anniversary of restoring and reopening the Mária Valéria Bridge that connects the Hungarian city with the town of Štúrovo in Slovakia.

While the former talked about the success story of the Slovak-Hungarian cooperation, the latter was critical of the EU and stressed that central European nations can only rely on each other, the Denník N daily reported.

In Heger’s words, the use of the bridge by citizens of the two countries as well as entrepreneurs and tourists is a success story that inspired other Slovak-Hungarian projects. It is also the story of two good neighbours, now established members of the EU, the prime minister continued, as reported by the SITA newswire. 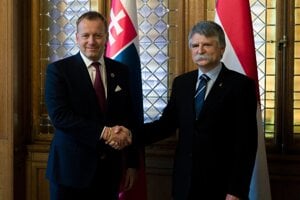 Korčok to Hungarian representation: Weigh your words, do not disturb the reconciliation Read more

He praised the economic relations between Hungary and Slovakia, and thanked Hungary for its help during the coronavirus pandemic, whether the help of Hungarian doctors or cooperation with repatriations.

Orbán said that Slovakia and Hungary have much in common, as they share opinions on various problems. The only difference is the language, he continued.

He also said that the EU sees the central European countries as second-class countries, claiming that they need to rely only on each other. He likened the Visegrad Group (V4), where apart from Slovakia and Hungary, the Czech Republic and Poland are united as well, to David fighting Goliath from Brussels, as reported by SITA.

The meeting between Heger and Orbán took place at a time the relations between both countries are more in focus.

Earlier this year, Foreign Affairs Minister Ivan Korčok (SaS nominee) made several statements concerning the behaviour and talk of some Hungarian politicians who come to Slovakia. These politicians discuss the shared history of the two countries or issues linked to the Hungarian minority in Slovakia without the knowledge of Slovak diplomacy, often considered very sensitive topics.

Hungary should not interfere in Slovakia’s domestic affairs, the MFA says Read more

Most recently, Korčok met with his Hungarian counterpart Péter Szijjártó, and said that any activities planned by the Hungarian government to be held in Slovakia or that have an effect on Slovakia should be discussed in advance. Still, he stressed that the relations between both countries are good.