Count Lanfranconi would have been pleased. Letter "N" back on Lafranconi Bridge

After public transport stops, road signs have now been renamed. 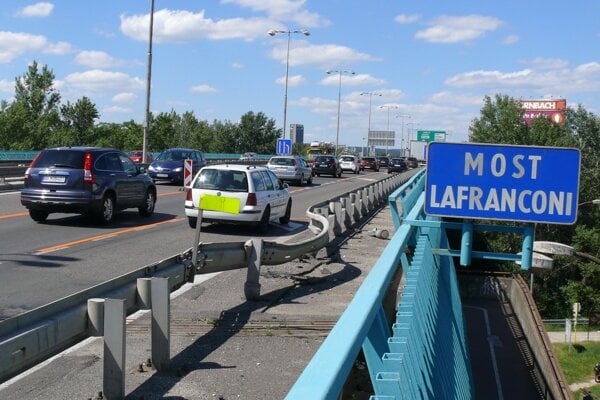 After almost three decades, the name of the Lafranconi Bridge is complete, with the letter “n” no longer missing from its name.

The bridge opened in Bratislava in 1992, when it was also given the incorrect but widely accepted name.

In recent weeks, the correct naming on road signs has been marked by the National Highway Company, the TASR newswire wrote, and the D2 motorway bridge has thus been renamed to the Lanfranconi Bridge.

Enea Grazioso Lanfranconi was an Italian builder and inventor who also worked in Bratislava. For example, he outlined how to regulate the Danube to protect the city from floods. In Bratislava, Lanfranconi owned a palace, a villa and a large park, which occupied the entire area of ​​today’s Faculty of Physical Education and Sports of Comenius University and a botanical garden.

It was, in fact, students who distorted Lanfranconi’s name back in the day, and people went along with it.

Public transport stops bearing the incorrect name of the bridge were changed to the correct name Lanfranconi by the Bratislava public transport company at the end of last year, and the National Highway Company therefore decided to take a similar step to unify the nomenclature.