The current ministers and special prosecutor were among the people screened. 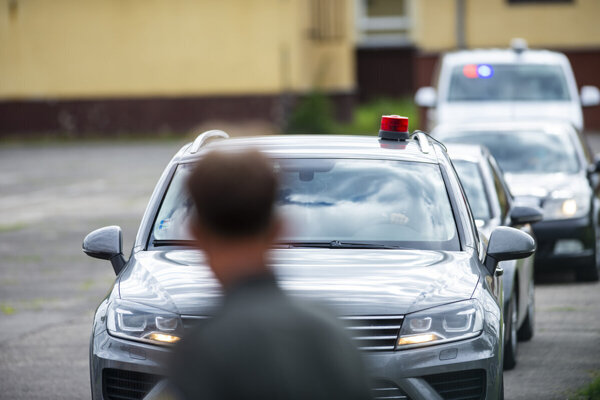 A group around Nitra-based oligarchs who allegedly controlled the security forces under the Smer governments, screened several opposition politicians when Smer was the only ruling party, the Denník N daily reported.

The screenings of the opposition politicians, which involved uncovering information about their families, cars, places of residence, telephone numbers, IDs and passports, are now being investigated by the Office of the Inspection Service. The office charged Marian Zetocha, who served as the director of the department of the support of management at the time, with abuse of power.

This past weekend, Alojz Hlina published proof that such a report was created about him and his family. He said that in his case, the police had three such reports, two about him and a third about one of his companies.

“It is clearly written in the resolution that it is about Procházka, Lipšic, Sulík, Matovič and me,” Hlina stated, as quoted by the SITA newswire.

Procházka confirmed that he is among those that have been illegally screened. Sulík told Denník N that the police summoned him to testify on Tuesday and he will comment on the situation later.

According to investigator Marian Zetocha, Bödör's group also supplied reports from the screening of politicians to the former head of the NAKA financial intelligence unit, Pavel Vorobjov, and former NAKA police officer Milan Žáčik, who stands accused in the Očistec case. A total of 43 people were screened, and it is not clear whether these are only politicians and their relatives.