He was sentenced to 13 years in prison. 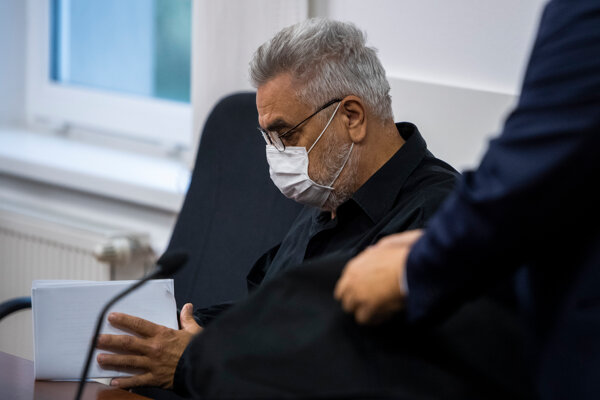 The senate of the Specialised Criminal Court sentenced Štefan Ágh, who was charged with forging promissory notes of the commercial television company Markíza, to 13 years in prison.

He should serve the sentence in a minimum-security prison. Neither Ágh nor his attorney Štefan Neszméry was present in the courtroom to hear the verdict.

Ágh was also fined €5,000. If this is not paid, the court could sentence him to an additional five months in prison.

“This senate believes the Slovak experts,” the chair of the three-member senate stated, as quoted by the TASR newswire. “The conclusions of the experts were not doubted.”

The process took about year. Prosecutor Ján Šanta and the legal representatives of television Markíza did not state whether they will appeal.

Šanta assumes that Ágh and his attorney will appeal, so the Supreme Court will deal with the issue in the future.

Ágh denies his guilt, stating that the promissory notes valued at €34.5 million are real. He was also linked to the Gamatex case, in which the Supreme Court validly sentenced Pavol Rusko and Marian Kočner to 19 years in prison in January 2021. Ágh, referred to in the Gamatex case as Kočner's right hand man, was finally ruled out for independent proceedings. During the convicted duo's trial, he testified as a witness in July 2019.