From next spring, more people will strip down and rest up in eastern Slovakia

Slovakia has a handful of forest saunas. A new one will be built in Harichovce. 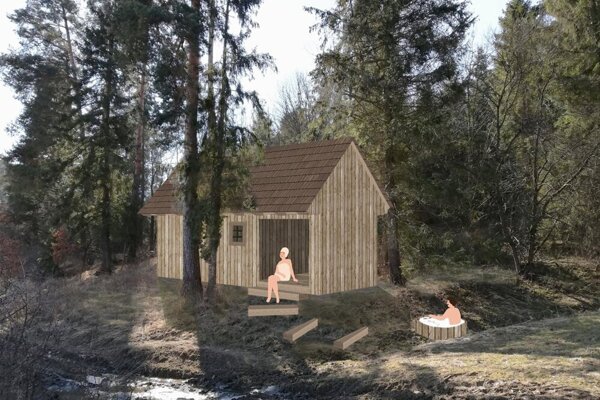 Reserving a place in the forest sauna in Spišský Hrhov, eastern Slovakia, is not easy. It is fully booked several months in advance; no reservations are accepted until next April for this reason.

However, that should change next spring, as reported by the Korzár Spiš website.

The whole process behind forest saunas is simple. After booking, a sauna goer only needs to bring plenty of drinking water, towels, and light. The wood for heating is prepared in advance.

Those who partake in the sauna are handed over the keys to the sauna by the sauna caretaker, and they can heat it to the required temperature.

The free forest sauna is used by the inhabitants of Spišské Hrhov and tourists. Out of enthusiasm for a good cause and with the help of hundreds of people, it was built by the civic associations Woven, Centre for Architecture, and Čierne diery (Black Holes) with the help of the municipal company Hrhovské služby (Hrhov Services).

It is a community project, and the sauna is operated by the residents of Spišský Hrhov.

A similar forest sauna should be built next spring in the nearby Harichovce settlement. 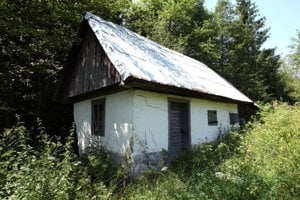 Inspired by Spišský Hrhov and a village sauna in the Zvolenská Slatina settlement, central Slovakia, it was Harichovce resident Martin Vasko who came up with this idea.

“I like the atmosphere of these saunas and the community principle,” he said, adding people can book them online.

“Though the saunas are free, people are encouraged to pay little money for wood and maintenance, which fascinates me,” Vasko continued, “You are there alone, in the forest. You watch the stars, hear a stream. It is romantic.” 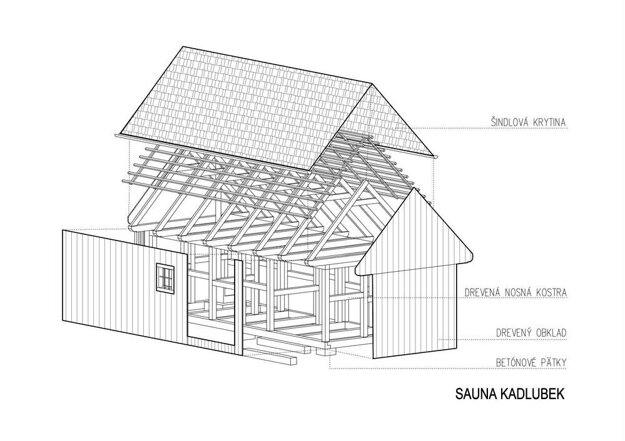 Another municipal sauna, Sauna pod horou (Sauna at the Foothill), in the settlement of Dúbravica, central Slovakia, also invites people to enjoy the “silence of greenery accompanied by the sounds of a stream in the dim light from a fire.”

There are a total of four forest saunas in Slovakia. The fourth one is located in Spišské Bystré.

In Harichovce, the civic association Kadlubek Harichovská is trying to build a sauna similar to the already existing ones in cooperation with the municipality. The whole project should cost €12,000, and the association is hoping to collect most of the money through its crowdfunding campaign.

“"We want to reward everyone who contributes with local products, but for those making larger contributions, we will also engrave their name on a wooden board and place it inside the sauna,” Vasko said. 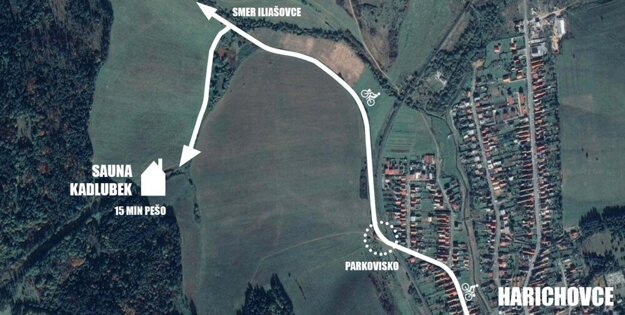 Through the project, he wants to preserve the community principle in particular, so the sauna will be operated and built by Harichovce residents. Volunteers from the civic association will take care of it in their free time.

The Harichovce sauna will be designed by Vasko’s brother Martin. It should have a cottage-like character and a wooden roof. The association wants carpenters from the Spiš region to build the sauna.

The new attraction will be located near a cycling path and the Kadlubek spring.