The Supreme Court sentenced Alena Zsuzsová to 21 years in prison for murdering the former mayor of Hurbanovo. 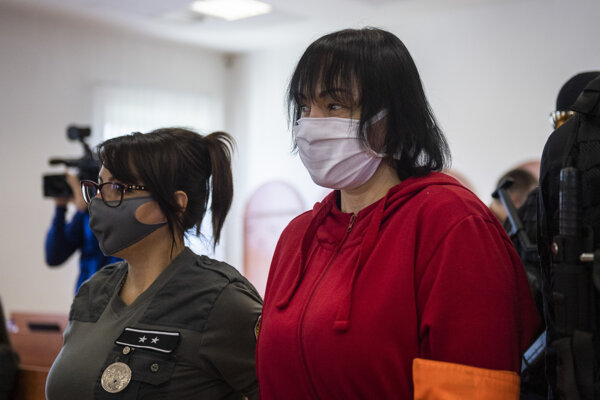 Alena Zsuzsová, who faces charges related to the murders of investigative journalist Ján Kuciak and his fiancée Martina Kušnírová, has been sentenced in another case.

Often described as a decoy of mobster Marian Kočner, who is said to have ordered Kuciak’s murder, Zsuzsová heard the verdict of the Supreme Court. She has been sentenced to 21 years in a maximum-security prison for the murder of László Basternák, former mayor of Hurbanovo.

Roman Ostružlík and Vladimír Mosnár were also sentenced to 21 years for their involvement.

They are also required to pay €10,000 in compensation to Basternák’s bereaved, the Sme daily reported.

The Supreme Court in fact confirmed an earlier verdict of the Specialised Criminal Court from last December. The verdict is now valid.

“The Supreme Court agreed with the first-instance court and concluded that the substantiation was made in a very detailed and legal way, and no procedural mistakes were revealed,” said Judge Jana Serbová, the chair of the senate, as quoted by Sme.