The prosecution is said to be linked with shorter tax inspections, but no specific details are known for now. 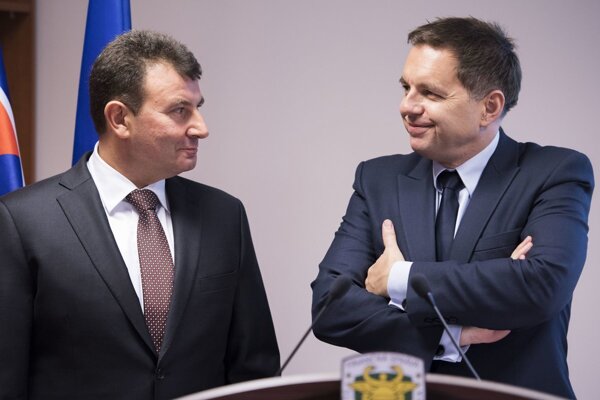 As a governor of the National Bank of Slovakia (NBS), Peter Kažimír has one of the most prestigious and best-paid posts in the country. This is why law enforcement bodies are carefully approaching him with the prosecution.

Kažimír has been charged with bribery, and the punishment he would receive if found guilty does not exceed five years.

Neither the police, the Special Prosecutor’s Office nor the European Central Bank (ECB),where Kažimír is a member of the Governing Council, want to say more about his prosecution. Some information leaked to the public, suggesting that the prosecution concerns tax inspections at specific companies, for which Kažimír allegedly interceding.

Kažimír keeps refuting the charges, and is ready to challenge them.

The one talking about Kažimír’s involvement in corruption activities is František Imrecze, former head of the Financial Administration appointed by Smer. After being charged with manipulating IT tenders, he broke down and started cooperating with the police.