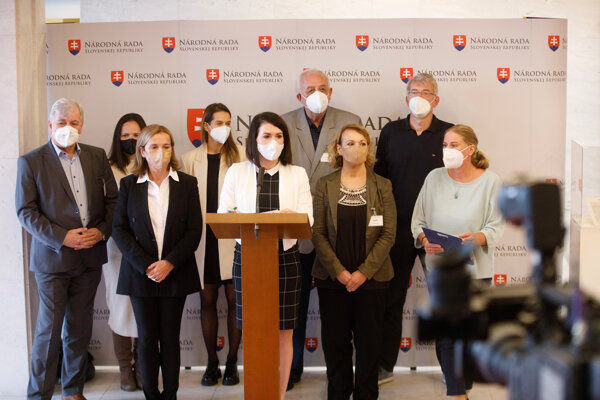 Abortions should not be restricted. Instead, it is necessary to make legal abortions available, said Jana Bittó Cigániková, MP for Freedom and Solidarity (SaS) and chair of the parliamentary health committee, after a discussion with experts.

They talked about the recent proposal restricting abortions, which was submitted to the parliament by Anna Záborská of the Conservative Union. She now serves as an MP for the Ordinary People and Independent Personalities (OĽaNO). The proposal, for example, prolongs the waiting period for the procedure or bans ads on abortions and related products.

Earlier this month, the parliament moved the proposal to the second reading, and MPs are set to decide on whether to approve it at the session starting on October 19.

Meanwhile, several experts in gynaecology and the representatives of organisations advocating women’s rights have objected to the proposal, pointing to several risks and accompanying legal uncertainties.

Activists also plan protests against the laws, scheduled to take place on the evening of October 18 in various locations across the country, including Bratislava.

Cigániková considers Záborská’s draft law to be “inhuman”, and said it would create several problems in the procedure, including legal ones. She also called on other MPs not to support the draft, the SITA newswire reported.