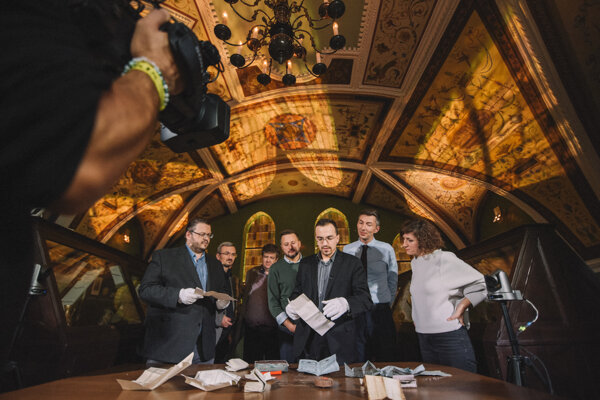 Bratislava's historical Old Town Hall was filled with excitement as a group of the city's representatives, historians and architectural experts admired a small copper box lying on a massive table. Just a few minutes before, metal restorer Stanislav Kožela, with the help of a hammer and pliers, had managed after an hour of work to release the lid of the hermetically sealed box taken out from the head of the Archangel Michael statue from Michael’s Tower. Although precise archival records indicated in detail what objects and documents they might find in the box, no one dared to estimate in what condition they would be 176 years after its closure.

​“We didn’t know in what condition they would be in, as the top of the tower and the statue are very exposed and lightning has struck it more than once,” said Zuzana Palicová, head of the Bratislava City Museum (MMB) that administers Michael’s Tower. “We had expectations that there would be nothing inside or just some pieces of coal.”

For her, this moment was one of the highlights of her professional career. She was glad that they were able to share it with the general public via a live broadcast initiated by Bratislava Mayor Matúš Vallo. More than 11,000 people watched the opening of the 17x12x4cm time capsule in real-time.

“History is one of the main ways people can touch our city,” said Vallo on the evening of October 20 when the historical moment took place. “It is one of the main motives through which we create the relationship, bond and love of the inhabitants for Bratislava.” 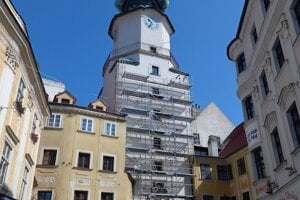 Related articleFamous statue ready to reveal its treasures as reconstruction of Michael’s Tower in Bratislava gets underway Read more
Sorry, you have just exceeded the allowed number of devices
This subscription grants access to the locked content of Spectator.sk and SME.sk for only one person through a maximum of three different devices or browsers.
To continue reading the article on this device, please update the list of devices in the profile settings.
Administer devices
You can read everything about device settings here.