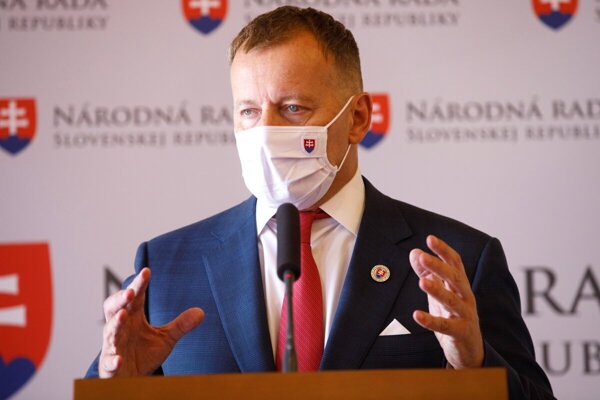 Welcome to your weekly overview of news from Slovakia. Planned reforms face a powerful enemy within the governing coalition. A court hints at who the bad guys in the NAKA vs. Police Inspectorate saga really are. Opaque shell companies pocketed millions in pandemic spending. Proposed changes to the abortion law have sparked resistance. Slovakia is still failing to deal with violence by football hooligans.

Scroll down to find the printed version of The Slovak Spectator’s October issue.

One coalition partner is working to block reforms

Slovakia has received an advance payment from the European Commission for its Recovery Plan, but despite the optimism displayed by Prime Minister Eduard Heger and his office’s reform team, their goals seem ambitious, given the current political set-up. Paradoxically enough, it is one of Heger’s governing coalition partners, rather than the parliamentary opposition, that is threatening to obstruct some of the major changes announced earlier this month, when Heger proclaimed that “a reform autumn is ahead of us”.

The reforms that the government has been pushing for now include systemic changes to the hospital network, the court network, and the education system. To receive the first main payment of over €458 million next year, Slovakia needs to meet 14 milestones, but the recently published warning system, which uses traffic lights to indicate how the reform efforts are going, shows that at least one of them – the reform of the governance of universities – is lagging so far behind that there is already a risk it will not be met. And, as the warning system clearly states, failure to meet a single milestone on time – or at all – will threaten the whole payment.