Pumpkin! Worms! Action! What to do with your pumpkin after Halloween

A group of Žilina activists is live streaming Californian worms eating a pumpkin to promote composting. 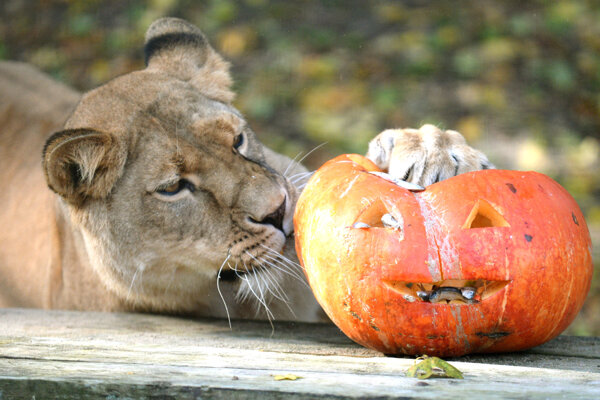 What will you do with your pumpkin once Halloween is over? Many of us will throw them away, sending them to a landfill, even though they can be composted or at least partially eaten.

“People buy pumpkins not to consume them, but as a decoration. If they are hollowed out and carved, they automatically assume the pumpkin belongs to the bin,” activist Michal Vavrík from the Žilina-based civic association Kompostujme told the My Žilina website.

To educate people on composting, the group of activists decided to live stream the work of Californian earthworms for 168 hours, starting October 25, and show people how the worms can turn food waste into compost.

“The whole pumpkin can be composted,” Vavrík stressed.

After learning about worm composting during his studies in Prague, the 30-year-old activist began composting his food waste. He even created community composters around the blocks of flats in Žilina and tried to show people that biowaste could become black gold.

During the ongoing online initiative, activists will use 2,000 California worms that should recycle one pumpkin into an organic fertiliser within a week.

“We want to show that composting can be done at any time and the holidays are an ideal start,” Vavrík said, adding that earthworms are easy to take care of.

Carved pumpkins on a windowsill or by the door are not as common in Slovakia as in the English-speaking world, but if every tenth working Slovak bought one squash, there would be 370,000 lit-up pumpkins around the country, which could fill at least 60 bin lorries up at the end of the day, the activist argued. 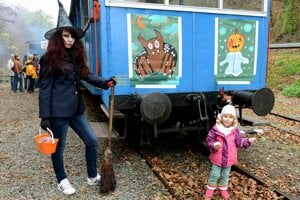 Listen to the Spectacular Slovakia podcast:Spook-free and sugar-filled: How to celebrate Halloween in Slovakia Read more

“The binned pumpkin is dangerous,” Vavrík noted, explaining that organic waste in the landfill rots and creates the harmful greenhouse gas methane.

In the UK, more than 8 million Halloween pumpkins, which represent 18,000 tonnes of edible pumpkin flesh, were estimated to be binned in 2019 because most consumers would not eat them.