It should be replaced with something tasteful that continues the Snežienka tradition, the mayor of the borough opined. 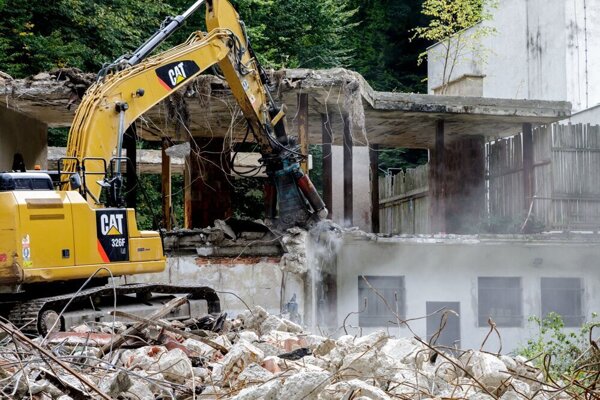 The long-standing frame of the former restaurant Snežienka in Bratislava's touristic locality Železná studnička was removed. In the past few days, the remaining construction waste was removed while the area was cleansed and covered with soil.

“We perceive really positively that one of the biggest ruins, which uglified Železná Studnička for many years, was removed,” Marek Páva, deputy director of the organisation said, as quoted by the TASR newswire. “Such buildings in serious despair are not only safety risks but also aesthetically decrease the recreational value of the forest park.”

The city organisation is looking for a project with a minimal burden on the traffic around Železná studnička, adding that people want a break from cars in the forest park.

“A green area within the forest, with benches, a gazebo and possibly a playground for children would be acceptable,” Páva said, as quoted by TASR. 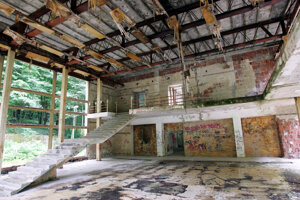 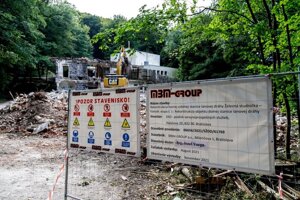 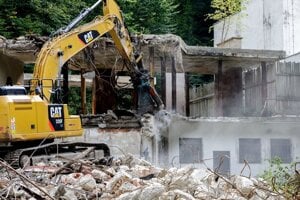 Demolition of the restaurant skeleton (6 photos)

Mayor of Nové Mesto Rudolf Kusý said that it is too soon to make promises, but the demolished area should be replaced with something tasteful that will continue the Snežienka tradition.

Company wanted to build a hotel

In an effort to revamp the area where Snežienka once stood, the borough launched an urbanistic architecture competition in 2019 that should have brought new ideas to make the locality more attractive. The competition was evaluated last year and the jury picked a winner out of 13 projects. 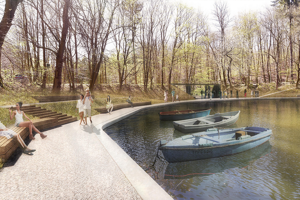 The ruins of Snežienka were rented in 2006 to the company Snowdrop for 99 years, and the company wanted to build a hotel there. When the leaseholder stopped paying rent, the municipality withdrew from the contract and started to take care of the ruins by itself.

The construction, made of ferroconcrete and steel poles, has been dilapidating and rusting for many years.