Weekend: This Halloween, Bratislava does the Mozart Mash

Bojnice Castle will celebrate the Halloween weekend with evening tours, and what's new in Bratislava? 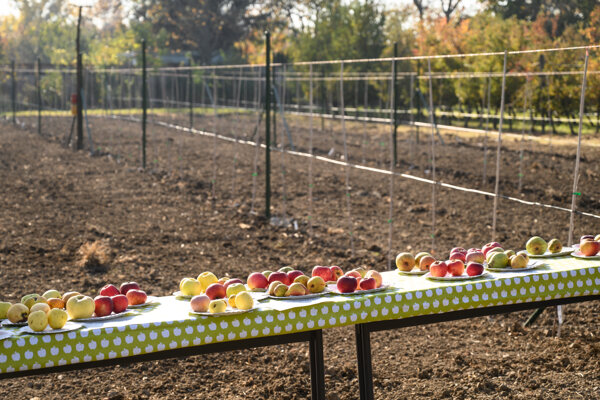 An apple orchard was created in the Botanical Garden of the Slovak University of Agriculture in Nitra. (Source: TASR)
Font size:A-|A+  Comments disabled

This week's roundup will take you to Bojnice to celebrate Halloween and to several places in Bratislava. And there is a folk song to listen to as well. 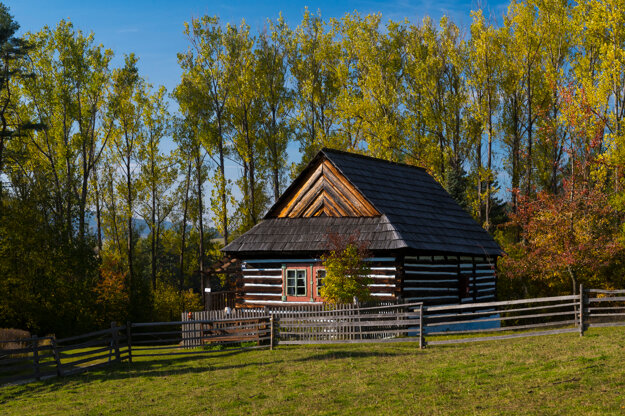 A wooden house in the open-air museum next to Stará Ľubovňa Castle, eastern Slovakia. (Source: TASR)

Although it is seen as a very romantic place, Bojnice Castle will take on a darker atmosphere on Halloween weekend when evening tours take place there.

The tours will be held on October 30 and 31, with the first entry starting at 19:00 and ending two hours later.

“We won’t be short of pumpkins typical for this period. Our ancestors already knew of carved spooky pumpkins,” said Petra Gordíková of Bojnice Castle, a branch of the Slovak National Museum.

She added the ancestors called such pumpkins svetlonos (jack-o'-lanterns), and they followed the mythological idea of the Celts, who believed that on the last day of October, the souls of the dead returned and tried to take control of everything alive. Pumpkins were to protect ancestors from those souls.

The tours will be individual, without a tour guide. Visitors will be able to move freely along the marked path and choose where they want to go.

“As part of the tours, visitors can also descend into the family tomb and pay homage to the last aristocratic owner of the castle,” Gordíková said, noting that it was this last owner who gave the castle its extraordinary, romantic architectural appearance.

Related: Activists from Žilina are live streaming Californian worms eating a pumpkin to promote composting ahead of Halloween. 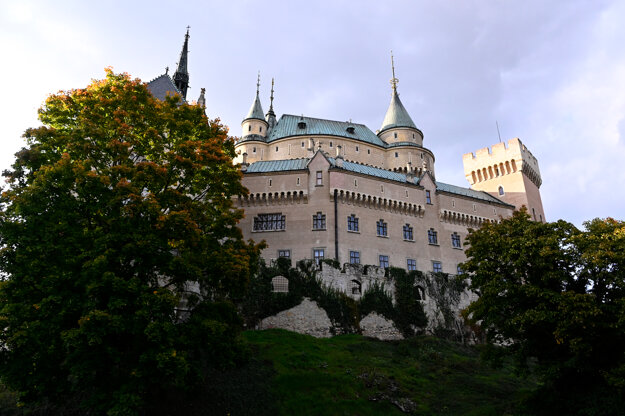 Castle: In the Small Carpathians, the Dobrá Voda castle ruins are hidden in the silence of the trees.

Chairlift: The only Bratislava chairlift, which operates between Železná studnička and Kamzík, will reopen to visitors at the start of next year following the reconstruction of its stations. The chairlift will then celebrate 50 years since its launch.

Interview: In 70 to 75 percent of interventions, hikers themselves are to blame for the incidents that require mountain rescuers, said chief of the Mountain Rescue Service Jozef Janiga.

Growing up, Lýdia Budayová’s parents would only tell her stories and fairy tales in Slovak. She does not remember any books in Rusyn, though it was the language spoken in their household.

Her mother would address her in Slovak when she was a child, but her father and all her grandparents only talked Rusyn to her. She started speaking Rusyn only at university when she joined the organisation Molody Rusyny, which brings young Rusyns together. 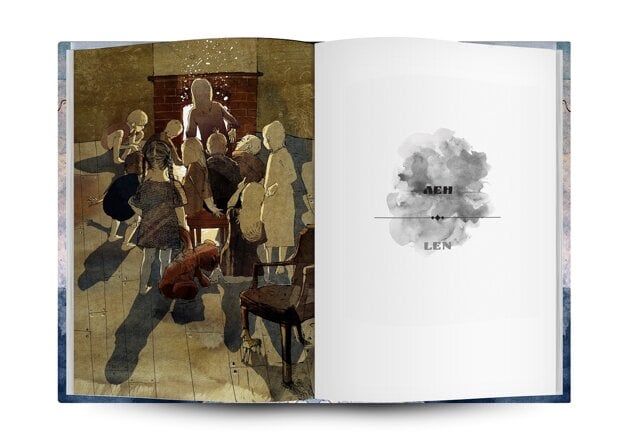 A world fairy tale collection has been published in the Rusyn language. (Source: Lýdia Budayová)

One of their recent initiatives to support the cultivation of Rusyn in children and their parents is to address the lack of children’s books in their native language: they decided to raise money to publish the first-ever translation of a world fairy tale collection in Slovakia. They chose Hans Christian Andersen’s fairy tales as those do not require a further introduction to readers.

Related: Newsreader Oli Džupinková, a proud Rusyn woman, has published a cookbook in which she offers numerous Rusyn recipes to wider audiences.

The Station Contemporary Art Gallery in Bratislava exhibits the works of Matúš Maťátko and Filip Sabol. The two artists, who grew up in Bratislava housing estates in the nineties, painted them together, and it is their first collaboration.

Here is an excerpt from an interview with the artists:

With the Break the Wall project, you symbolically return to your childhood and adolescence, to the place where you spent most of your time – to a housing estate of the nineties and noughties. Why this topic?

F.S.: Growing up in the housing estate was very formative for me. I realise every day - even though I no longer live in that housing estate - that I still carry those years of life with me.

M.M.: When a person grows up in a housing estate, it is the entire world for them. I remember it too. I did not need anything else, that was enough for me. Each housing estate has its streets, corners, its rules, its laws; there are certain figures, personalities that shape the genius loci of that place. All the memories and stories we were telling each other as we created the works for this exhibition - and we had a really fun time – helped us come up with symbols and ideas of how that settlement could work.

Some might say that we could have painted blocks of flats and figures, but we went about it completely differently. At first, one may not even realise that it is about housing estates, but when one looks at the images and connections and understands the workings of the system, one finds out what it is about. There is irony, there is a critique of the principles of young thinking that we had then, and now we look at it from a distance. 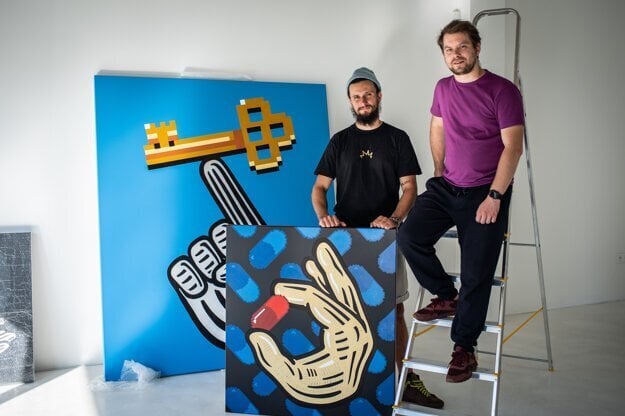 The former Jurkovič Heating Plant – built in 1944 and named after its original designer, prominent Slovak architect Dušan Jurkovič – is part of the massive €420 million Sky Park development in the heart of the capital on the banks of the Danube. 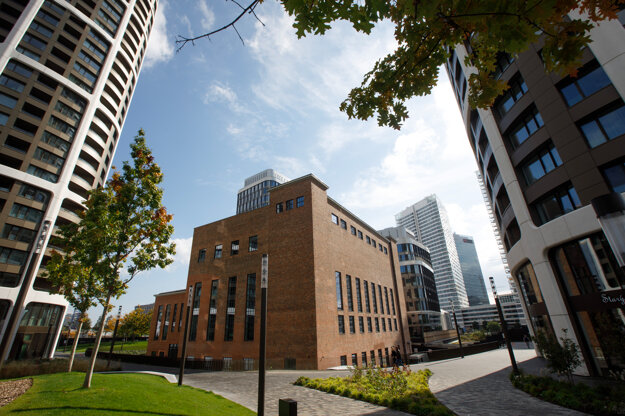 Surrounded by residential towers designed by the award-winning British architectural studio Zaha Hadid Architects, it is one of few historical industrial buildings still standing in the capital that has been repurposed.

“This project shows that it makes sense to preserve such old buildings,” said architect Martin Paško from the DF Creative Group architectural Studio.

See how the repurposed plant looks and what you can find inside.

Benches: A thousand retro benches will be installed around Bratislava.

Foreigners with a basic command of the Slovak language are familiar with the phrase Ako sa máš? But people in the Šariš region ask how you are doing differently: Jak śe mace?

This turn of phrase is also the title of the song recorded by the folk group Ľudová hudba Stana Baláža. A video for the song was filmed in the Upper Šariš region, near the highway tunnel Branisko and in the heart of the region – the town of Bardejov.

In one song, listeners can enjoy female and male voices, as well as those of talented children from the village of Raslavice and its surroundings.

Thanks for joining me. Have a faboolous Halloweekend. - Peter