Slovakia has its own 'tinfoil hat' punchline

Should we pity or fear those who see the world through the distorting lens of the conspiracy media? 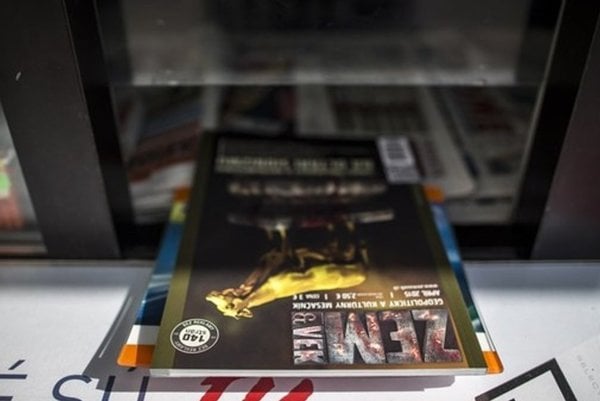 If ever I need to get a rise out of a Slovak acquaintance, I casually mention that I am an avid reader of Nový Čas.

This is considered a faux pas because of the widespread assumption that anyone who has a university education should, by definition, not be a consumer of the tabloid press.

Of course, I have a self-serving get-out (the text is pleasingly simple for a non-native speaker and, even better, most of the stories are illustrated). There is also no better source for breaking news on every celebrity’s marriage, fertility and vitality, not to mention their age – which, irrespective of relevance, is provided for every person named in every story, as if it were the single most significant thing about them.

More seriously, among the exclamation marks, pregnancy statuses and surfing-squirrel photoshoots, there is almost always some actual news. You might not agree with the perspective of the tabloids, I tell my friends, but a lot of people are reading them – Nový Čas has the highest circulation of any newspaper in Slovakia, by some margin – so, at the very least, it doesn’t hurt to know what they are saying.

This is not to give tabloids a free pass: their methods are typically intrusive, occasionally disgraceful, and sometimes downright corrupt. The phone hacking scandal in the UK is just one in a long list of failures. But what they do is recognisably journalism.

The same cannot be said for another set of publications. These do their best to ape newspapers and news magazines, but instead of reporting on the world, they seek to distort their readers’ perceptions of it.

I recently had the opportunity to experience Slovakia’s premier example of this type of pseudo-journalism thanks to a neighbour of mine. He (or possibly she) responded to my contributions to the free magazine rack in the lobby of our panelák with a stash of back issues of Zem & Vek.