The representatives of universities in Slovakia disagree with more powers to the management boards, among others. 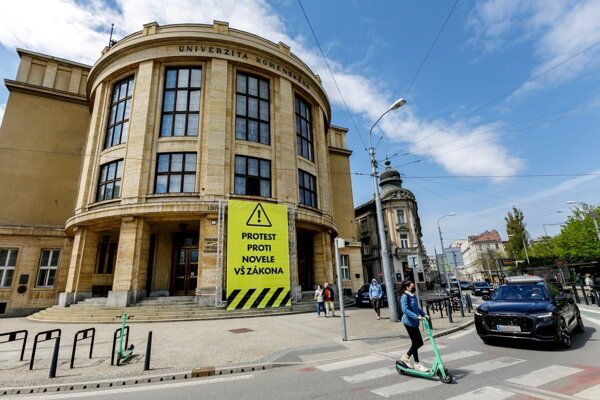 The Education Ministry introduced university reform exactly one year after the Academic Senate of the Slovak University of Technology (STU) in Bratislava removed its then rector, Miroslav Fikar, after long-lasting tensions.

This is symbolic, because Fikar’s removal and his dispute with the dean of the Faculty of Informatics and Information Technologies, Ivan Kotuliak, launched a debate on the necessary reform on the management of universities.

The reason is that shortly after Kotuliak took the dean post, most of his employees protested against him, and eventually left the faculty. Both the rector and the university management board were calling on him to resign. The only one with the power to recall him was the academic senate, which eventually supported him.

The reform should change conditions between the rectors and the deans, as well as the management boards and the academic senates. If this law had been in force two years ago, Kotuliak would have most probably not been the dean anymore.

It is not clear whether the reform will be passed in the end, since universities oppose it and are threatening to strike.

Selecting a rector a problem