Cash payments in shops to be rounded off

But no need to get rid of one and two cent coins. 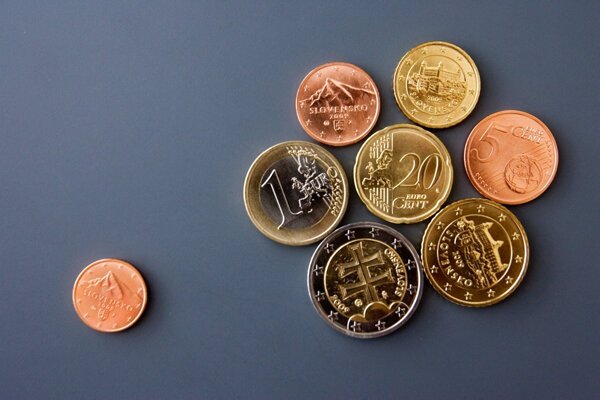 Transactions in Slovak shops will be rounded to significantly hinder the circulation of one and two cent coins when paying by cash.

This change will take place after the MPs passed a new law regarding prices as proposed by the Finance Ministry. One and two cent coins will remain legal tender, the ministry stressed. Recipients of payments will still have to accept cash payments with one and two cent coins even after this law becomes effective in July of next year, the TASR newswire reported.

“The presented rounding method is neutral and fair for both parties, vendors and customers,” the ministry stated as quoted by TASR.

How the rounding will be done

The monthly margin for rounding will be from 0 to 2 cents. It has been recommended to round up to five cents in prices going up to 5 cents.

In combined payments, only the sum of the transaction paid in cash will be rounded. Cash payments will be solely rounded because the overall aim of the new law is to hinder the circulation of certain coins used in cash payments.

“With this amendment, costs will go down for entrepreneurs when it comes to bank fees for the deposit and processing of one and two cent coins. It will be easier to return change in cash payments, along with a positive effect on the environment of a reduced usage for the wrapping material used for the transport of these coins,” the finance ministry stated.

Rounding will begin only in July 2022

Slovakia is following in the footsteps of other countries in the Eurozone, which took this course of action at the national level. One and two cent coins remain legal tender unless their status is changed in the entire Eurozone by the Council of the European Union, with approval of the European Parliament and the European Central Bank (ECB).

The effectiveness of the law was moved from January 1 to July 1, 2022 in response to an amending proposal to make sufficient room for setting up cash register software.