The new patterns were inspired by prominent Slovak artists. 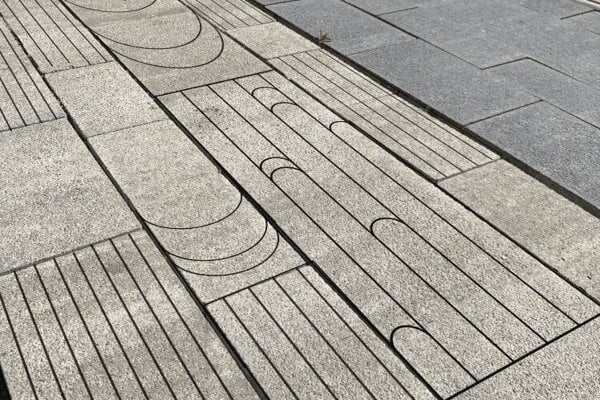 Inspired by European cities like London, Berlin and Barcelona, Bratislava has redesigned its paving. The new design should appear on the sidewalks of the capital starting next summer. People can take a closer look at the new paving in the courtyard of the Primate’s Palace in the city centre.

“The surface of our sidewalks is like another facade of Bratislava,” said Bratislava Mayor Matúš Vallo when introducing the new paving in late October, adding that it will highlight Bratislava's identity. “It affects how we feel in the city, not only in terms of the comfort of walking but also in terms of aesthetics. Therefore, we designed our own concrete Bratislava tile, which we will lay on the sidewalks throughout the city.” 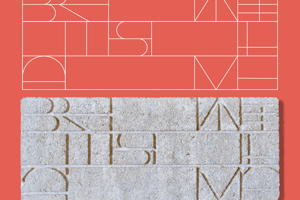 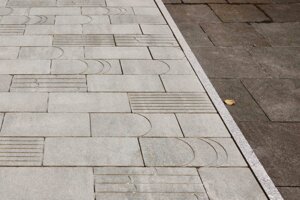 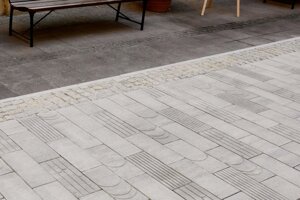 The paving will be made up of four different patterns featuring a combination of lines and waves. The most distinctive part of the paving, which follows the former stone paving in Bratislava, is a unique tile with the inscription Bratislava. This refers to the work of important Slovak artists Miroslav Cipár, Ľudovít Fulla and Milan Dobeš.

“The Bratislava paving was designed so that the street was pleasantly complemented and along with this it did not disturb or compete with the architecture of the city as such,” said graphic designer Martin Jenča, who helped design the new paving.

Bratislava has been changing the way it paves by replacing asphalt as the preferred material with concrete tiles. Compared to asphalt, concrete paving is also more adaptable to climate change, as it is a water-permeable surface. It retains rainwater longer and effectively improves the microclimate of its surroundings.

“In the near future, we will finalise the paving manual, thanks to which the city will have a unified guide on how to proceed when replacing sidewalks in Bratislava,” said Roman Žitňanský, director of the public space section at the Metropolitan Institute in Bratislava (MIB). “We encourage all city boroughs and developers to follow our manual and help us unify sidewalks in Bratislava.”