He was also an important figure during the revolution in 1989. 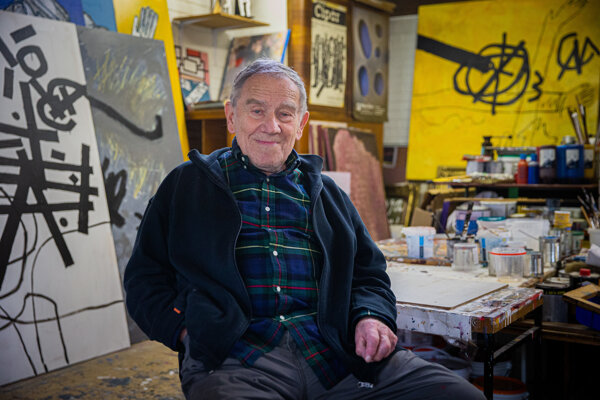 Academic painter, graphic artist, illustrator and one of the founders of the Public Against Violence (VPN) movement, Miroslav Cipár passed away at the age of 86 in Bratislava, his family stated.

He was considered one of the most versatile Slovak artists. Cipár won a number of domestic and foreign awards for his illustrative work.

His rich portfolio consists of paintings, sculptures and graphic work, also creating many well-known logos. Cipár's illustrations are undoubtedly the most popular, for which he won several important awards.

The Nation’s Memory Institute wrote on its website that Cipár played an important role during the revolutionary years of 1989, as one of the founders of the Public Against Violence (VPN) movement and a partaker in the Velvet Revolution. 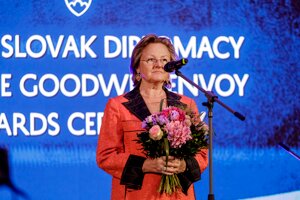 The institute added that the artist was involved in the creation and organisation of several cultural projects, such as the Biennial of Illustrations, the Triennial of Naïve Art and the Biennial Danuvius.

In 1986 he became the chairman of the city organization of the Union of Fine Artists. He studied Slovak language and art education at the Faculty of Education of Comenius University in Bratislava, later also graphics and monumental painting at the Academy of Fine Arts in Bratislava.

The president remembers him

"Thanks to the original logos of Miroslav Cipár, we later knew at a glance whether we were reading a book published by Mladé letá or Slovenský Spisovateľ," she wrote. “We can already recognise the Slovak National Gallery by far, and when we look at the logo of the Bratislava Music Festival, we hear the notes of the opening concert," the president said.

She added that Miroslav Cipár's playfulness remained alive even after his death, also thanks to his courage and desire for freedom, which he demonstrated during the Velvet Revolution.

His work is being exhibited on the West Terrace of Bratislava Castle, together with the works of Svetozár Košický and Boris Šima. The exhibition ends on November 10.

Miroslav Cipár was born on 8 January 1935 in Vysoká nad Kysucou. He studied at the University of Education and the Academy of Visual Arts in Bratislava with Professors V. Hložník and P. Matejka. From 1971-72 he worked at the Children´s Book Institute in New Delhi, India. Besides illustrations, he dedicated himself to applied graphic art, free graphic art and monumental works. His illustrations are characterised by a dominant element of playfulness and a sweet romantic style. His handwriting is evident, he stylising simple objects and arranging them according to shapes and colours in images full of fantasy.