Forget James Dean. Slovakia’s religious rebel had a cause

Darina Bancíková, the first female pastor ordained in Slovakia, faced many barriers during her lifetime under the communist regime. 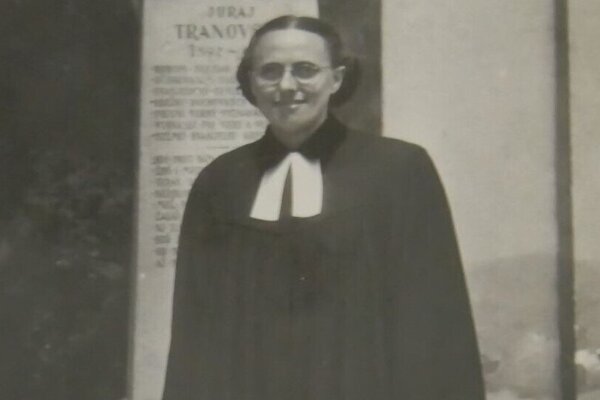 Named after the Slovak word for gift - dar - Darina Bancíková, the first female pastor ordained in the Evangelical Church in Slovakia, is said to have had a wonderful and loving relationship with her mother. But life was less than generous to the trailblazing pastor.

Born an illegitimate child in 1922, early in what later turned out to be a difficult century for Slovakia, Bancíková’s life was full of barriers, some created by the communist regime, others by male pastors who were unwilling to be ordained alongside her. Today, close to half of all Lutheran pastors in Slovakia are women. Bancíková is now recognised as the one who has paved the way for them.

“She fought against her feelings of inferiority but overcame them with vigor, boldness and ambition,” Mária Hroboňová, the pastor of the Evangelical Lutheran Church in Lučenec, told The Slovak Spectator. “Outwardly, she didn't want to show that she was suffering.”