Weekend: Old Bratislava landmarks will appear in a foreign drama

Spend your weekend hiking in the Low Tatras, but read the latest culture and travel stories first. 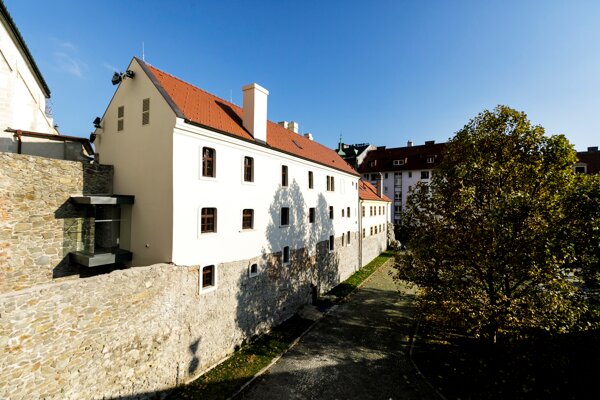 Exterior of the historical building on Rudnay Square in Bratislava after its reconstruction. (Source: TASR)
Font size:A-|A+  Comments disabled

In this week's roundup, we write about a foreign film being shot in Bratislava, remember the late singer Miroslav Žbirka, and dive into polluted Slovak rivers. 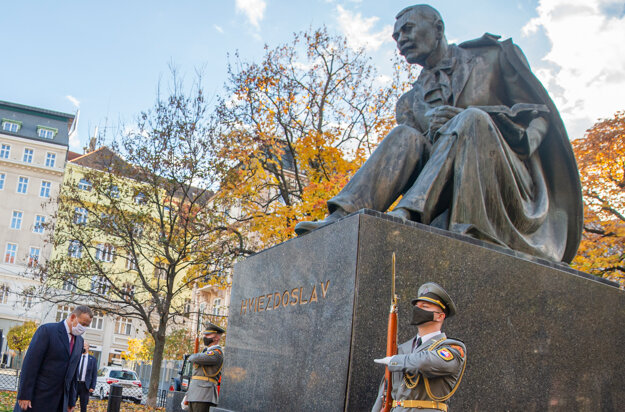 Slovak writer Pavol Országh Hviezdoslav was born a hundred years ago this week. He is most famous for his book of poetry called the 'Bloody Sonnets.' (Source: TASR)

Hiking the Poludnica hill in the Low Tatras may appear an easy task as the hike is only five kilometres long, but it is actually a challenging trip due to the elevation gain of almost a thousand metres.

People can start their hike to this rocky, wooded, 1,548-metre-high hill in the village of Liptovský Ján.

Poludnica has, in fact, two peaks – Predná Poludnica in the north and the higher Zadná Poludnica in the south. While you can see the Liptovská Mara water dam and the Liptov Basin from the former peak, the latter peak will amaze you with a wonderful view of the Low Tatras, from the peak Chopok to another peak Veľký Bok.

If you are wondering what Poludnica means, here is an explanation: Poludnica was a mythical being that protected the sanctity of noon. This hour was considered a sacred hour for spirits, and nobody was supposed to work at this time.

Here is a video from the trip that you might find of help. 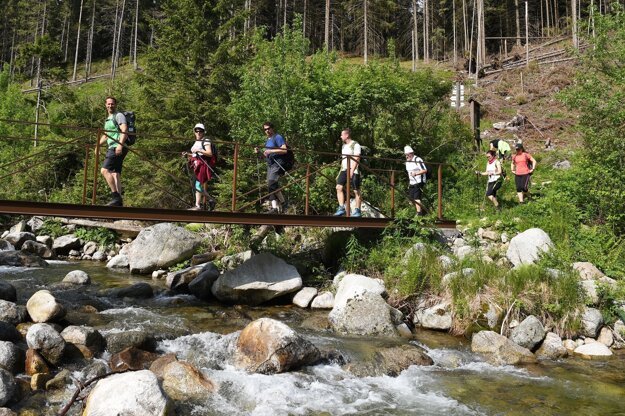 Tourists during their trip from the village of Liptovský Ján to Demänovská dolina valley through Poludnica. (Source: TASR)

Museums: Slovakia has many museums, but most Slovaks avoided them this past summer, a survey shows.

Stones: New Stolpersteine, known as the Stones of the Disappeared in Slovakia, were laid in Banská Bystrica last weekend to honour the Vančo family who hid Jews during WWII.

An international film crew decided to film outside an ancient building in Bratislava, which houses the Culture Ministry, earlier this week. The Performance is based on a short story written by Arthur Miller.

The Performance is described as a feature-length historical drama set in the 1930s. It tells the story of Harold May, an American Jew and a talented dancer. During a tour of the old continent, Harold and his jazz band find out that they have to play for Adolf Hitler in Germany. They are faced with the dilemma of whether they choose to deny their own identity or expose their beliefs at the cost of persecution, interrogation, and loss of liberty. 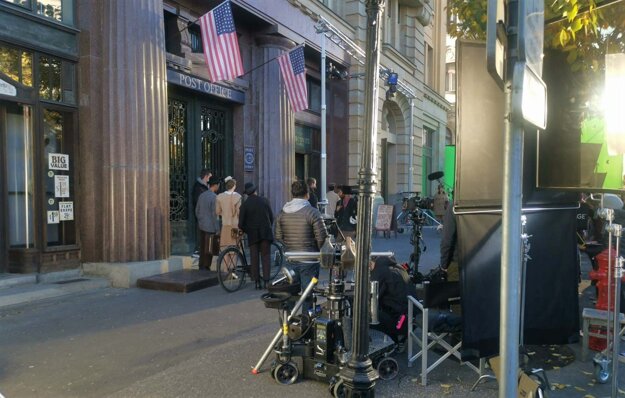 In the film, the exterior of the historical Bratislava house will serve as a store owned by the main protagonist. For the next month, the crew will also be filming in other locations around Bratislava, including the Slovak National Theatre, Primate's Palace and the Reduta.

Interview: Elena Odriozola, the Spanish illustrator who won this year's Bratislava Illustration Biennial Grand Prix, speaks with The Slovak Spectator about her work and inspiration.

Boy from the street has died

"The news of my death is true, Meky would say, if he were alive," the artist's manager posted on the singer's social media.

One of the most popular Slovak singers Miroslav 'Meky' Žbirka died at the age of 69 on November 10.

The down-to-earth legend was born on October 21, 1952, in Bratislava to Slovak Šimon Žbirka and English woman Ruth Gale, who met in London in 1943. Before he became a solo singer, he had been a member of the popular band Modus. One of the band's biggest hits is Úsmev (Smile).

As a solo artist, Žbirka recorded an endless list of hits, including V slepých uličkách (In the Dead-End Streets), and won many awards for his albums, such as Chlapec z ulice (Boy from the Street). In 2012, this long-time admirer of The Beatles recorded the Miro album at the famous Abbey Road studio in London. 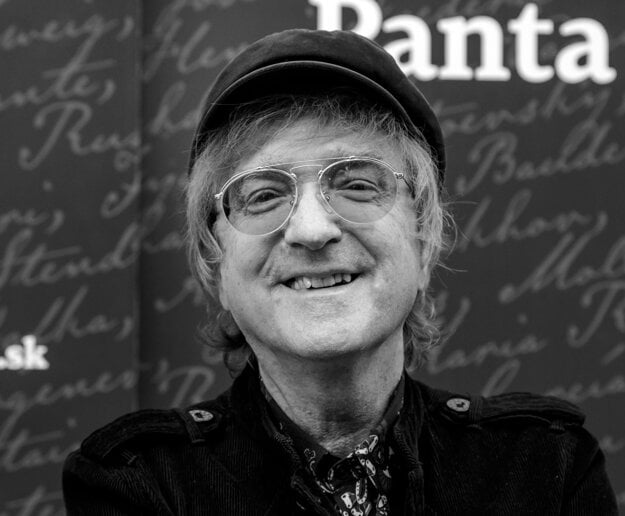 Although Miroslav Žbirka was a Slovak singer, he had lived in Prague for many years before his death on November 10. (Source: TASR)

Many people have paid tribute to him online. One of them is Culture Minister Natália Milanová who wrote that Žbirka "brought an English musical breeze even at the time of closed borders." She added Žbirka had been an English gentleman with a beautiful Bratislava accent.

Painters: Academic painter Miroslav Cipár died at age 86 on November 8. Illustrator and painter Jozef Cesnak, known for his illustrations in The Three Investigators book series, died on November 6. He was 85.

The fate of the Csáky aristocratic garden centre

Hidden amongst family houses in Bratislava's Prievoz, neglected and overgrown by the pioneer woods, the Csáky aristocratic garden centre awaits its new fate.

After the Bratislava city council scrapped its plans to replace the old greenhouses with municipal rental apartments in May, the non-governmental organisation National Trust of Slovakia began organising volunteers to clear the premises prior to discussions on its new future. 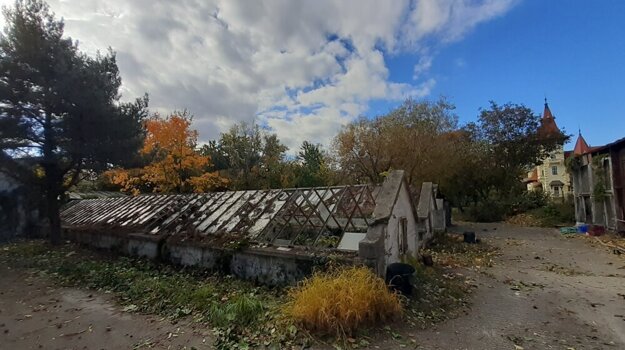 Photography: In November, the Month of Photography event is held in art galleries around Bratislava. Read what exhibitions by international and Slovak photographers are worth visiting.

Festival: The Freedom Festival takes place in Bratislava until November 17. Visitors can look forward to the special Weekend of Closed Borders on November 13-14. A guided Bus 29 tour from SNP Bridge to Devínska Nová Ves will be held three times (11:00, 13:00, 15:00) on the 13th, and the state border will close in Devínska Nová Ves (cycling bridge to Austria) symbolically on the 14th. To cross the border, people will need a special travel permit, which they can obtain near the bridge on Sunday.

Charity: The International Women's Club of Bratislava has launched its Christmas fundraising campaign "Charity Christmas Tree" to help children in children’s homes and crisis centres and others in need.

Abnormally behaving fish are swimming in the nation's rivers. They are not searching for food or a breeding partner. They are addicted to drugs, which are flowing along with flushed water through the sewers and into Slovak rivers with the intensity with which people do drugs today.

Crayfish, on the other hand, are attacking and hunting prey more because they are on antidepressants. Pills whose purpose is to treat grief are eliminating their shyness.

Along with women's urine, contraceptive substances are entering the rivers, which can endanger entire fish populations.

That is it for now. I will be back with another edition next Friday. Have a great weekend! – Peter