Employers can finally demand immunisation or tests from employees. 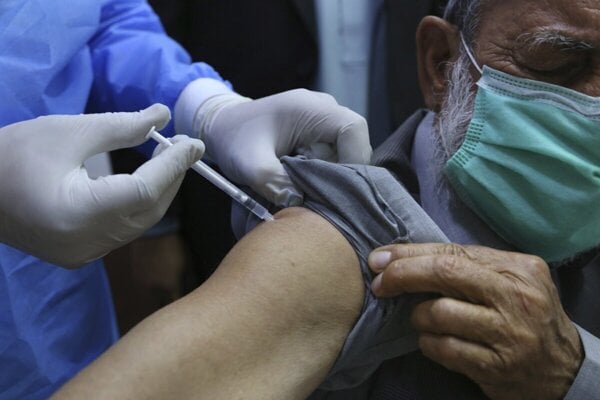 Welcome to your weekly overview of news from Slovakia. Green passes for Covid may become compulsory in workplaces. Popular Slovak songwriter and singer, and devoted Beatles lover, Miro Žbirka, has passed away. MPs reject tighter abortion rules in a close vote. Hospital reform advances in the legislative process, despite Boris Kollár. Economy minister will oppose the sale of a stake in a major energy distributor to Hungarian state firm.

The already tense atmosphere in Slovakia as the highpoint of the third wave approaches (or, according to some, has just arrived) is about to get stirred up again – as we’ve seen in France and Italy in recent weeks. Or possibly, as often seems to be the way in Slovakia, the government will blink first.

In neighbouring Austria, the government has lost patience with the low rate of vaccination there (although, at around 65 percent fully vaccinated, it is still considerably ahead of Slovakia) and today imposed a stay-at-home lockdown on anyone who can’t demonstrate that they’ve been vaccinated or have recently recovered. An MP from the governing Austrian People's Party (OVP), Martin Englelberg, put it bluntly:

"[...] it seems that Austria is one of the countries where people are still not responsible enough to take care of themselves… people are maybe rather used to being told by the state what to do – so we have to tell them. And that's what we're doing now."

Slovakia, by contrast, is taking a more gentle approach. After MPs gave the green light to changes to new anti-pandemic measures in a fast-tracked procedure in parliament, employers here are able to require that their employees show proof of vaccination or of having recovered from Covid before letting them to the workplace. If you’re asking why now and why in such a hurry, given that we’ve known for months that the third wave was coming – and that by the end of the summer it was clear that the vaccination rate was not high enough to deflect it – well, you’re not alone.

The regime where only the vaccinated, the tested, and those who have recently had Covid are given access, known as the 3G in Austria or simply the green pass requirement in Italy or France, is called OTP in Slovak. The law grants employers the option to introduce an OTP regime for their employees, but according to the Sme daily, the cabinet of Eduard Heger will follow up with a directive that will actually make it obligatory to show OTP proof in all districts in the red, dark red and black tiers of the Covid automat warning system. There’s been no official confirmation so far; detailed information is expected later in the week.