One levy and one tax paid from the gross wage. Finance minister presents changes to labour taxation

The changes to labour taxation are part of the second package of the planned reform of taxes and levies. 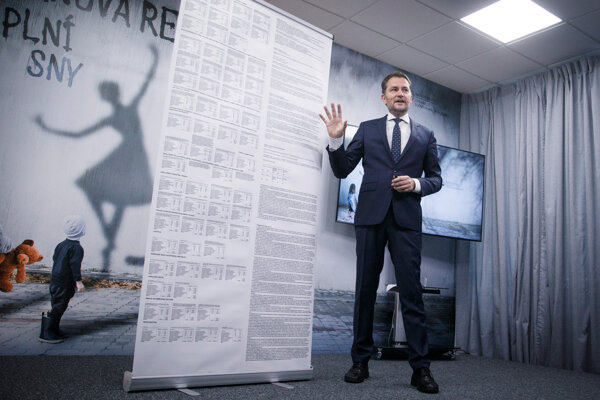 Igor Matovič presented the second package of measures meant to be adopted within the reform of taxes and levies. (Source: SITA)
Font size:A-|A+  Comments disabled

He wants the entire system to be based on two payments. At the same time, employees with low income should be entitled to an employee bonus, while employers should be able to claim for the levy bonus if they hire students or disabled people.

This stems from the second part of the tax and levy reform Matovič started introducing on November 14.

Matovič hopes the changes will result in 99 percent of employees receiving a higher net salary than now. Moreover, the tax burden on labour should drop by 5 percent on average, while the cap for social security contributions should be cancelled.

If approved, the changes should come into force in early 2023, the SITA newswire reported. 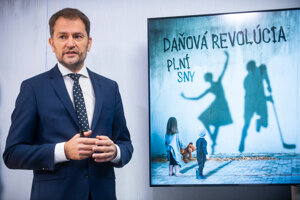 One tax and one levy

This means that employees will no longer pay for payroll levies from their gross income. Instead there will be just one payroll levy paid by the employer.

This change should provide employees an additional €359 million a year, as reported by SITA.

The employee bonus for low-income employers should amount to €100. Those with a gross salary amounting to €357 or less should not pay any levies or taxes.

The bonus will be gradually lowered, and employees earning €1,111 gross and more will not be entitled to any bonus at all.

The employee bonus is intended to replace the currently applied non-taxable part of the tax base, costing some €500 million a year.

If an employer hires a student or a severely disabled person, they will be entitled to a levy bonus amounting to 10 percent of gross wage. If the disability is even graver, the bonus can reach up to 20 percent.

The tax bonus is expected to cost €136 million a year.

Where to find finances

Matovič plans to use the money received from abolished exemptions to taxes and levies to pay for the changes.

Moreover, the Finance Ministry is counting on savings from the single collection of taxes and levies (probably through the Financial Administration), amounting to €50 million, dynamic effects amounting to some €100 million, and the potential increase of legal labour that could bring in an additional €200 million to the state coffers, SITA reported.