Tickets for their June 2022 concert are now on sale. 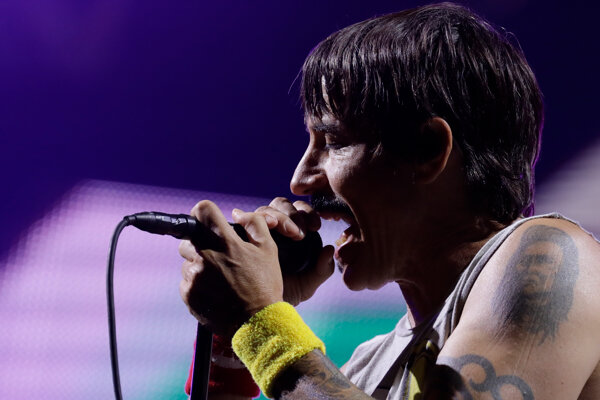 A month after US band Red Hot Chili Peppers announced its 2022 world tour, Slovakia has been added to the list of countries it will be playing in.

Fans can see the band play its very first concert in the country at the new Lovestream Festival, which will be held in June 2022 at the Bratislava football stadium Tehelné pole. Tickets have already gone on sale.

The Red Hot Chili Peppers plan to kick off the tour in Seville, Spain on June 4. Eight days later, on June 12, Bratislava will be their fourth stop. Fans in Slovakia will thus be among the first ones to hear the new songs from their upcoming twelfth studio album, which is said to be released next spring.

Apart from Bratislava, the band will play one more show in Central Europe, in Budapest on June 15. Artists A$AP Rocky and Thundercat will support the band.

The Red Hot Chili Peppers announced their tour in a retro news broadcast featuring guitarist John Frusciante. The last time he worked with the band was back in 2006 when the successful record Stadium Arcadium was released.

He has also collaborated on other successful albums, including Blood Sugar Sex Magik (1991), Californication (1999), which is the band’s most successful album to date, and By the Way (2002).

Frusciante has left the Red Hot Chili Peppers several times in the past due to drug problems and his solo career before re-joining in December 2019, displacing Josh Klinghoffer.

“John hasn’t been in our group for ten years. That’s a long time. So, of course, it’s going to sound different, but it’s gonna sound like the four of us because we do have this special chemistry together,” drummer Chad Smith told Rolling Stone.

He added the band really likes the new record, but he did not reveal its name.

The Red Hot Chili Peppers formed in Los Angeles in 1983, quickly becoming one of the most successful and best-selling US bands of all time.

In 2012, the band, which recorded hits such as Under the Bridge and Otherside, was inducted into the Rock and Roll Hall of Fame.

The Red Hot Chili Peppers has four members today, but several other musicians have joined and left the group over the years.

The band's song Otherside pays tribute to the late founding member of the group, Hillel Slovak, whose parents were Holocaust survivors. He himself died of an overdose at the age of 26.