The train is expected to reach its destination in 25 days. 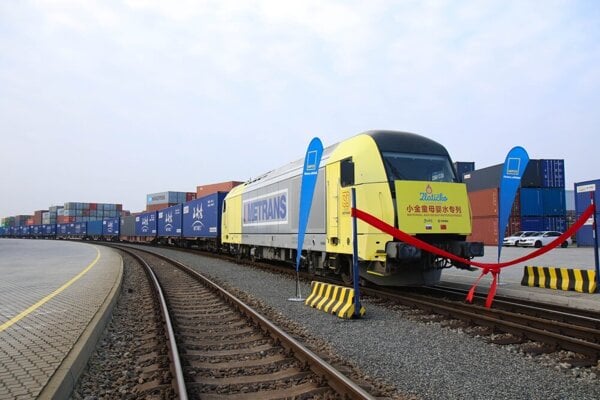 Nearly 736 tonnes of mineral water for babies from Slovakia are being carried on the board of the train dispatched to China.

It is the very first delivery of this kind sent to China on the railways, the TASR newswire reported. Until now, this kind of good has usually been transported from Europe to China by ships.

The train with 41 containers and 984 wooden pallets, dispatched from Dunajská Streda, will travel 10,000 kilometres and is expected to reach its final destination in 25 days.

The company Gefco, which dispatched the train, says the train is carbon neutral. Moreover, it is equipped with the IoT elements needed to monitor the train's conditions during the entire journey.

Miroslav Berzedy of the mineral water company Budiš hopes that the water will find its customers in China. It should be distributed by the Tianju Group company, TASR reported.