Weekend: No sea, no sinking. Slovakia's Titanic hides in the hills

It is a wine weekend in the Bratislava Region, and we are on the hunt for young talented essayists. Could you be one of them? 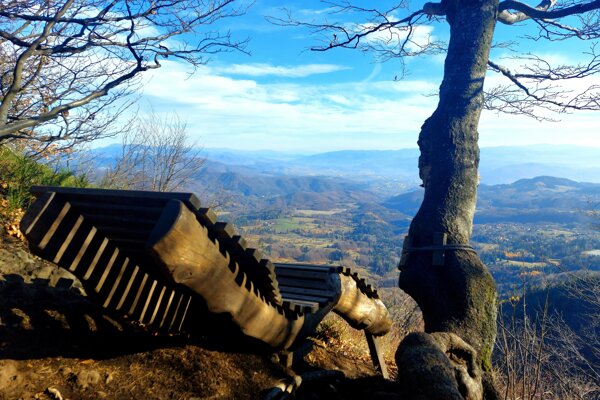 A deck chair below the Skalka viewing platform outside Banská Bystrica. A few metres away from the deck chair, hikers can find a spot named after the Titanic.
Font size:A-|A+  Comments disabled

This week, we are going to take you on a loop hike. We are writing about the late illustrator Miroslav Cipár and the Japanese foreign minister’s recognition of a Slovak organisation. 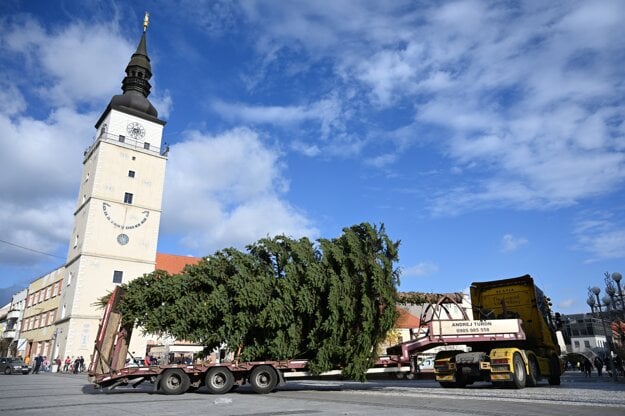 This year's Christmas tree was delivered to Trojičné Námestie (square) in Trnava on November 18, 2021. (Source: TASR)

Watching hills up from Titanic

People come to the Králiky ski resort, outside Banská Bystrica, to not only ski but also to start their hikes since there are plenty of trails in the Kremnické Vrchy hills loved by hikers, runners, cyclists and cross-country skiers.

A 15-kilometre loop takes hikers from the resort to the village of Kordíky and back to the resort through the forest. But hikers can still enjoy breath-taking views of the Veľká Fatra and Low Tatras mountain ranges in some places. One of them is the Skalka viewpoint (1,218 m) named after a nearby hilltop where the Suchá Hora transmitter also stands.

To get to Skalka, hikers need to follow the blue-marked trail leading from the resort, past a dilapidated ski jumping bridge and up to the Bystrické Sedlo saddle. After a short but steep hike, the trail continues to Skalka for 10 minutes. From there, if walking the red-marked trail to the Tunel saddle, it is a stone’s throw to Via Ferrata Komín, which boasts of a well-known bridge. 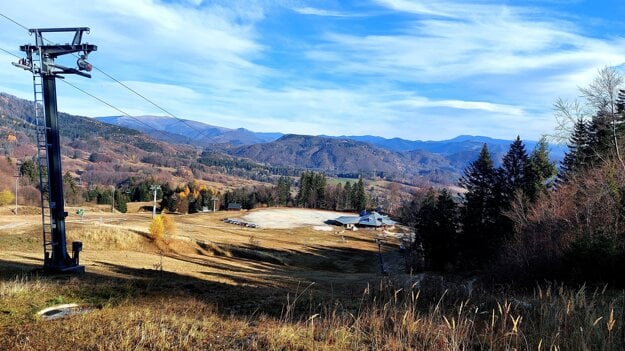 Those who do not wish to try out the Komín Ferrata can still enjoy a beautiful view of the valley below Skalka and various hilltops by lying on a wooden deck chair or sitting on the chairs installed in a place called the Titanic. This is the last stop where hikers can enjoy splendid views. 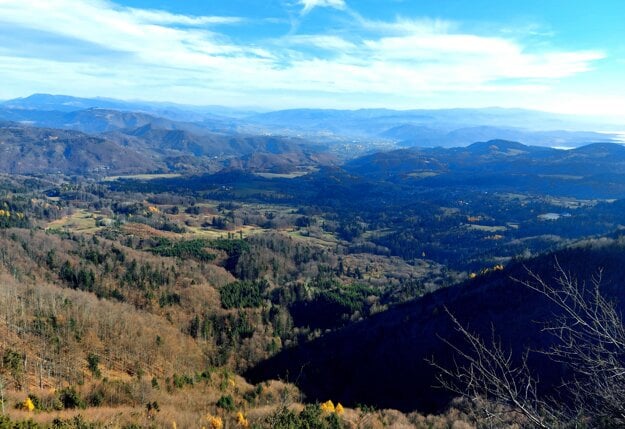 In addition to Králiky and Kordíky, locals often walk to Skalka from the village of Tajov or even from the Banská Bystrica borough Fončorda.

Tree: Slovakia has found its most beautiful tree of 2021. The winning beech grows in the Tatras region.

When Peter Tkačenko, a columnist for the Sme daily, tweeted last Saturday, November 13, he would have to write a lampoon against popular singer Sima Magušinová, né Martausová, because there was none, he did not expect to be showered with harsh criticism.

Magušinová did not respond and his tweet did not get much attention until his colleague Rado Ondřejíček commented: “She is Christian. You should not laugh at the handicapped.” Their jokes did not land.

Soon after the conservative daily Postoj, where Magušinová’s husband works, reported on the social media thread. Frequent Facebook user Finance Minister Igor Matovič from the conservative party OĽaNO also got involved, posting that the two media commentators were "phobic idiots". He also praised the public broadcaster RTVS for its decision to broadcast a Magušinová concert in her support. 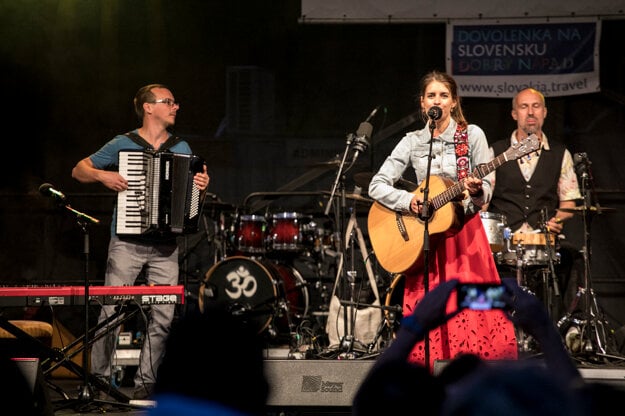 Sima Martausová performs at the Tribute to Freedom event at Devín Castle in Bratislava on August 16, 2019. (Source: TASR)

Marek Vagovič, who works for the Aktuality.sk news website, condemned his colleagues for their tweets, while Beata Balogová, the Sme daily’s editor-in-chief, apologised for the unacceptable remarks of her colleagues on Facebook. Ondřejíček has admitted he went beyond what was acceptable and apologised to Magušinová, who sang for the pope in September, on Facebook.

“I insulted the people I didn’t want to offend, and Sima Martausová is not the one I have a real problem with. She is not the enemy, completely different people are. I apologise to her especially.”

General Prosecutor Maroš Žilinka attracted criticism after he wrote on Facebook that his office would look into whether the crime of defamation of the nation, race, and religious beliefs has been committed. 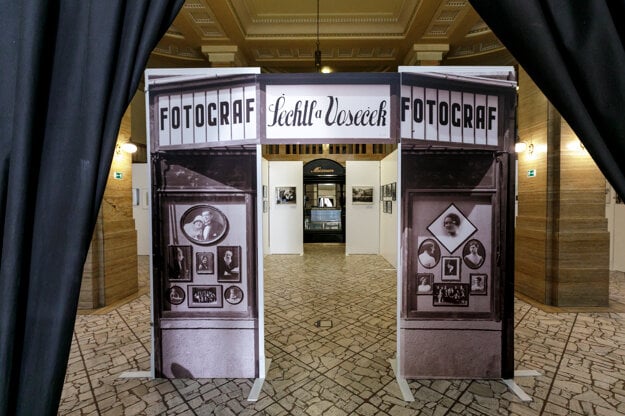 An exhibition named "Ignác Schächtl and the Šechtl family - from the collodion process to digital" is open in the Slovak National Museum in Bratislava during the Month of Photography in November 2021. (Source: TASR)

LEAF Academy has launched its annual essay competition for Slovak students, ages 14 to 19. The best essays will be published by The Slovak Spectator.

If you know students who love English and are opinionated, tell them about the competition. There are lots of topics to choose from. We want to know what they think about fashion, social media, e-books, dating, climate change, or movements like Black Lives Matter and #MeToo.

The essays are due before Christmas, December 16, and all the details can be found here. 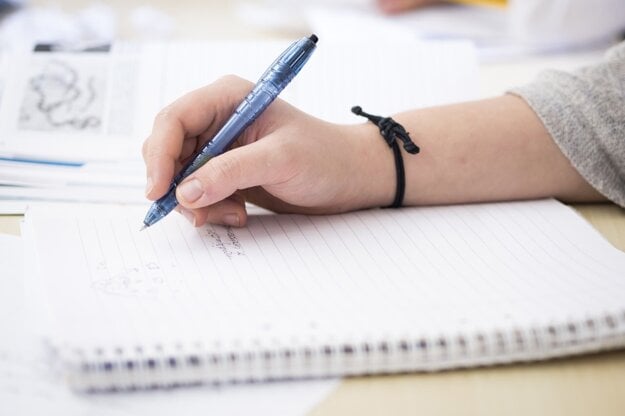 The English Essay Competition is open to all Slovak students aged 14 to 19. (Source: Leaf Academy)

CNN: CNN partnered with schools, individuals, and organisations across the globe to raise awareness of environmental issues on November 10, and one of the schools that took part in the network’s Call to Earth Day is from Bratislava.

Artist with eventful life grew up in Kysuce

Miroslav Cipár, one of Slovakia’s most versatile artists, experienced a life that covered all of Slovak history in the last century.

This encompasses the emigration of Slovaks to America, poverty in remote areas, WWII, Nazi terror, Russians and the Slovak National Uprising, the repeated defeat of democracy by fascism and communism, violent nationalisation, totalitarianism and its fall in November 1989.

But it was art that played an even more significant role in his life, creating plenty of original visual works.

Only last year, at the age of 85, the talented illustrator, painter, graphic artist and sculptor received a special gift - the main prize for the most beautifully illustrated book of 2020 for Dante Alighieri’s Divine Comedy. He did not reveal how long it had taken him to illustrate the book. 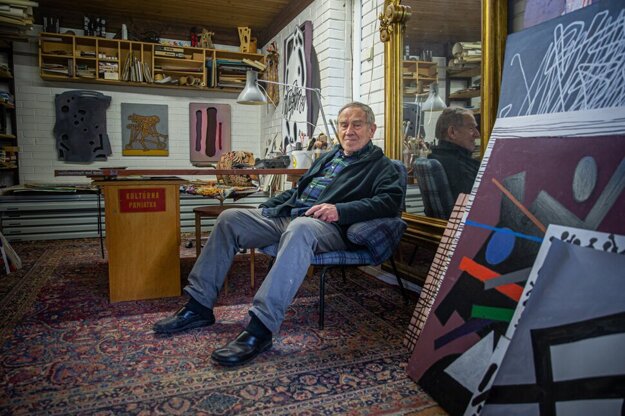 Painter and illustrator Miroslav Cipár died at the age of 86 on November 8, 2021. (Source: Marko Erd)

SOME MORE SUGGESTED READS FOR THE WEEKEND

That is it for now. I will be back with another edition next Friday. Have a great November weekend! – Peter