Poll: Hlas would win the election, coalition would not have enough votes to rule

Eight parties would make it into parliament. 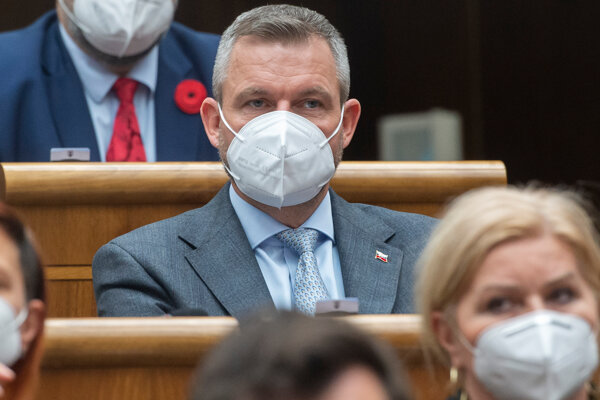 If the parliamentary election were to take place in November, opposition Hlas would win with 18.5 percent of the vote. Coalition party Freedom and Solidarity (SaS) would come second with 13.6 percent and Smer would be third with 13 percent.

This stems from the latest AKO agency poll conducted for Television Joj on 1,000 respondents between November 8 and 16.

The ruling Ordinary People and Independent Personalities (OĽaNO) party would gain the support of 9.7 percent of voters. Non-parliamentary party Progressive Slovakia would gain 8.7 percent of votes and the Sme Rodina movement 6.8 percent. Republika, the party recently formed by renegades from far-right ĽSNS, would gain 5.6 percent and the final party to make it into parliament would be the Christian Democratic Movement (KDH) with 5.4 percent of the vote.

The Hungarian Alliance, the Slovak National Party (SNS), People’s Party Our Slovakia (ĽSNS) and coalition party Za Ľudí would not make it into parliament.