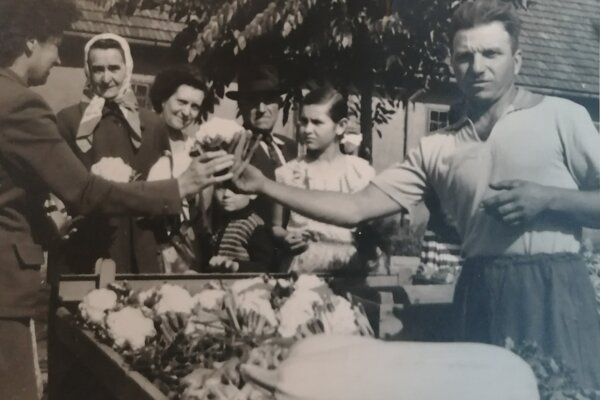 When Krasimir Karailiev’s grandfather, Angel, left Bulgaria as a 15-year-old boy, it was to grow vegetables on farms.

It eventually turned into a lifelong passion which, Karailiev says, along with a few others his grandparents nurtured in him, he shares more than 80 years later in Slovakia.

“I was raised in Slovakia, but in a Bulgarian way,” he tells The Slovak Spectator.

Sitting in a café in the capital, Karailiev laughs repeatedly as he tells the story of how his grandparents left their homeland and, just after WWII, built a life for themselves in Slovakia.

Although born and grew up in Bratislava, Karailiev was raised in a family proud of its Bulgarian culture.

His grandfather left his homeland when he was about 15, moving, as many Bulgarians did during the years between WWI and WWII for work to central Europe where they worked on farms.

For some years, Angel would travel between Budapest, where he had found work, and his home village, Polikraishte, in Bulgaria. 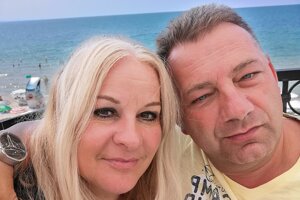 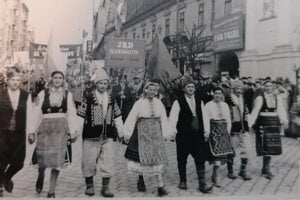 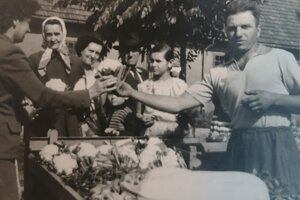 After the war ended, he wanted to bring his wife, Todora, son and daughter - Karailiev’s mother - with him.

Angel moved to Slovakia, where his cousins were living, in 1946, bringing his wife and children with him.

“It was not an easy life, their employers exploited them,” Karailiev says. “Eventually, they struck out on their own, rented some land in what is today Dunajská Lužná, although it was called Torcs at the time, and began growing vegetables for themselves.”

He explains that it was the only thing his grandparents knew how to do.

Under the communist regime, they were employed on a collective farm, Trnávka.

Karailiev can still remember how they would work in the fields and then travel to the centre of Bratislava to sell their crops at a market.

“They didn’t have much, they were doing everything they could just to keep their children and family going,” he says of his grandparents.

Although now living in Slovakia, Angel and Todora never really got to grips with the Slovak language. At home they spoke mostly Bulgarian to their grandson, but, he says, they had a habit of creating Bulgarian versions of Slovak words.

This left the young boy puzzled.

“When I went to Bulgaria, I would use these words in conversation and people had no idea what I was saying, and I realised some of these words were made up,“ he recalls.

“When I got older, I thought I can’t speak like this. I was enrolled in a Bulgarian school where they taught me and my classmates proper Bulgarian.”

Besides vegetable growing, Karailiev also inherited a passion for dancing from his grandparents.

He explains that Angel and Todora, who grew up in Samovodene, like Angel’s home town also near Veliko Tarnovo, first met at dances.

“My grandfather was either leading the dancing round or he collected money – whoever wanted to join the round had to have paid in advance,“ Karailiev explained. “This is how they met - my grandmother didn’t have to pay.”

Slave to the rhythm

When his family saw how, as a baby, he showed an interest in the Bulgarian folk music that always seem to be played in their home, they taught him some basic steps.

He says his parents told him that before he could even walk properly he was holding the edge of the table and swinging to the rhythm of the music.

Unlike in Slovak folk dancing, which is often done in pairs, Bulgarian folk dance, which remains very popular in Bulgaria, usually involves dancing in a round or circle.

“If you were to stop a young person on a Bratislava street and play some Slovak music, I dare say that they would not know how to dance to it.

“But in Bulgaria, if a song is played in a street, young people gather and start dancing,” Karailiev explains, adding that he thinks that Bulgarians are prouder of this cultural heritage than Slovaks of theirs.

It was because of his love for Bulgarian folk dance that he helped establish the Bulgarian folk ensemble ‘Veselje’ in Bratislava at the Bulgarian Primary School and Secondary Grammar School of Hristo Botev in the capital, including teachers and other parents.

“There was an informal group of people meeting to dance Bulgarian dances and my reaction was: ‘Why I am not there?’,” he says, describing the beginnings of the group.

It was founded in 2012 and since then they have performed in neighbouring countries, as well as once at a mixed Slovak-Bulgarian wedding near Žilina.

The Covid-19 pandemic has sadly put their activities on hold, he says.

The pandemic also brought a halt to the regular journeys Karailiev used to make to his ancestral homeland, although he hopes to start travelling back there as soon as he can.

Despite their attachment to Bulgaria, he says though that neither he, his mother, nor his grandparents, ever thought about moving there to live.

“We made Slovakia our homeland,“ he said.

But while Slovakia is home, Karailiev and his Slovak wife Silvia made sure their daughter Karolína was brought up aware of her father’s roots.

Like his grandparents, Karailiev grows vegetables, but not to sell at market, instead to use in the Bulgarian dishes – as well as the Slovak and international food - they cook at home.

He explains that while Slovaks put lots of milk and cream into their food, Bulgarians prefer sauces. They also, he says, use more vegetables, red meat, and gravy, in their traditional meals.

While the family speaks mainly Slovak at home, Karolína has been enrolled in the same Bulgarian school Karailiev attended so she can learn Bulgarian.

“I felt sad that Karolína has Bulgarian roots but would not speak Bulgarian as my mother and I are the only Bulgarians in her life,” he explains.

“She probably feels more Slovak, but when she finished secondary school she decided to study Bulgarian at university in Bratislava. She will finish her studies this academic year,” he added. “So, there’s definitely some pride in her Bulgarian roots.”