Bratislava will celebrate Slovak films that premiered in 2020

People can vote for the best 2020 Slovak film productions by December 5. 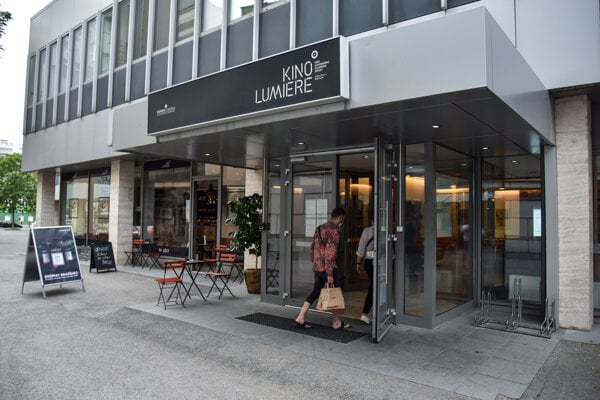 UPDATE: Because of the recently announced nationwide lockdown, Slovak Film Week will be held online from November 29 to December 5. You can find an updated list of films to be screened during the event on here. All films are free and with English subtitles.

After the late singer Miroslav Žbirka watched the documentary Meky, which premiered last summer and looks back at the artist’s journey through different layers, he said that watching it was not boring, though he knew his life from A to Z.

Admission: €2. Tickets can be purchased online.

Vaccination proof is required. The films are English-friendly.

The film is one of about twenty Slovak productions that premiered in the past year to be featured during Slovak Film Week, which starts on November 29.

“Now there is the opportunity to recap the films of the past year, to see all the films at once, in one place and on the big screen,” said Simona Nôtová from the Slovak Film Institute, which organises the event.

On top of that, several Slovak films from the previous years, including Rivers of Babylon made in 1998, or even from 2021, will be screened during the film week.

Unlike last year, when the event was forced into online platforms for a pandemic, the small film festival will now be held at Cinema Lumière in Bratislava for fully vaccinated spectators.

In 2020, Slovak cinemas were closed for 116 days, and fewer film lovers came to watch films in cinemas after their reopening. Many of the 2020 Slovak films have not received proper recognition from the audiences.

“The number of Slovak film premieres dropped by 53 percent,” noted Miro Ulman, one of the organisers of the film event. They went from forty-three in 2019 to twenty in 2020. Another twenty premières of domestic films planned for 2020 were postponed to 2021.

In addition to lesser-known films, Slovak Film Week will offer award-winning productions such as Scumbag, Charlatan and Servants, but it is festival goers who will pick the best Slovak film of 2020. They can vote for the best picture by December 5 online or at the cinema.

Throughout the week, a total of nine feature films, eleven feature-length documentaries and a series of five short films will be screened. Among the animated films, for example, people can look forward to the 2019 short animated film Sh_t Happens, which was screened at the prestigious Sundance Film Festival last year.

The film week will also feature this year’s family animated film Even Mice Belong in Heaven, which tells the story about a friendship between a little mouse and a large fox, and a documentary about Slovakia’s successful mime Milan Sládek.

However, it will be the Slovak premiere of Olmo Omerzu’s latest film The Bird Atlas that will open Slovak Film Week. Omerz’s film penetrates the world of modern communication technologies and shows how they can take advantage of our weaknesses, complicate interpersonal relationships and disrupt business at a family firm.

The full list of films to be screened can be found online, and film lovers can also join several discussions on Slovak film.